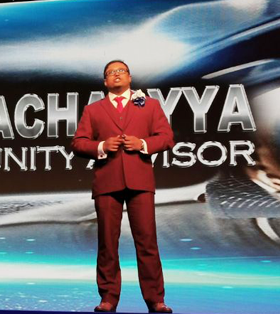 There are a variety of ways blockchain could be applied to video gaming. Over and above its use as a payment mechanism for game purchases, transactional technology could be used to create and manage in-game currency accounts.
When a player wins various rounds, stages, levels , they are rewarded with virtual coins, gems and other collectibles - and blockchain could be used to manage this backbone function.
The worth of Gaming Items Will Go Up One of the benefits of blockchain in gaming is that players own their assets. A blockchain based game use the smart contracts to govern transactions because these are executed automatically upon the fulfillment of conditions coded in them and are irreversible. When a blockchain powered-game is launched all in-game assets that your players bought using smart contracts are transferred to their public addresses. Hence, no centralized agent can change the public addresses where the assets are stored.
Gamers always looking to come into ownership of something, so much time is spent looking for rare items, and gamers strap large quantities of value to them. With blockchain, the value of these items looks set to increase, due to there being more ways to use and trade the items. Selling items in fiat cash can, and will, only give them more worth.
Hacker-Free Storage Blockchain will make the security of digital items so much more secure using encrypted blockchain ledgers.
Blockchain in gaming enables interoperable profiles of players If the game is created on the blockchain, your players can take their unique public address from one game to another. Also, they can transact with their cryptocurrencies from the same public address across those different games.
Saves money on payment processing The advantage is that the blockchain will allow you to pay without considering whether the amount is small or high, without involving the credit or debit card companies. And hence, it is decentralized fees implemented here are small.
Black Market Decline Game developers depend on royalties of traded items, however many trades are taken onto the black market if government restrictions are bought into effect. This also increases the opportunities for scammers to operate and take advantage of gamers. Blockchain will make it so that this situation doesn’t occur as a result of it being decentralized. The server owner will always be able to collect deserved revenue for any sales or trades of items they developed.
The Parallel Gaming Universe Do you know that blockchain distributed ledger will make it possible for you as a gamer to use your characters and items across several games? Yes, it is possible because all your data will be verified through smart contracts. Instead of this, you should ask how it works? Well, blockchain copyrights you data and provides an option of storing data that will be used in games in digital assets form. Moreover, the advantage is that this technology will make it possible for many gaming companies to join hands and create a parallel gaming universe
Vote Tampering Gamers are interactive and are always taking advantage of the ability to vote when the opportunity presents itself. Voting comes through awards ceremonies, esports teams, item releases etc. There is always the possibility for hackers to tamper with the results of any vote counts to sway the result in their favor. Again, the smart contract system will ensure that this becomes near impossible and that the gamers’ collective vote is the correct result.