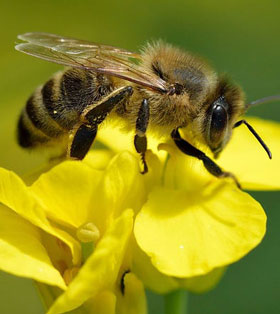 The only extant group of bees from the tribe Bombini are on the verge of extinction! Yes, you heard it right. The only surviving genus of the tribe is vanishing at a rapid pace. And why not when the weather is growing increasingly unfavorable for their survival. A recent study published in Science today journal blames global warming as one of the major reasons. The researchers, who collected and studied data from 1900 to 2015 on 66 bumblebee species, claim that their population in Europe and North America has dropped significantly with the rise in temperature due to global warming.
Other possible reasons behind the drastic fall in their population are habitat loss, pathogens and the application of pesticides. However, the researchers are quite sure that the warm temperature stands above all the other reasons as the bees are not able to adapt themselves to the changing environmental conditions.
The lead author of the research Peter Soroye informs that if situations continue in the same "path without any change" then most of these species will be "lost forever". The losses would not only be in nature but will affect human lives too. As these bees are responsible pollinating agents there would be a lesser number of fruits and veggies in our palate.
As per a 2011 study, four different species of the bumblebees in the United States have dropped by 96%. The bees common to the Midwest and East Coast of the US declared them endangered in 2017. York University in Canada reports that the American bumblebees have become critically endangered in the area. Though these bees are building colonies in new areas their numbers are much less to cover the losses.
If measures aren't taken, then we would soon regret the loss of these species. Thus, to prevent extinction we urge the researchers to find out the right cause of their decline and tell us ways to conserve and proliferate their numbers.