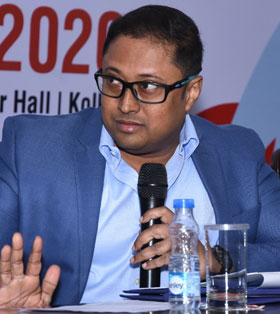 The world is rapidly making progress. You would be amazed to know that an 'entirely new life-form' has been built. It is perhaps the first machine-animal hybrid and a living robot made using the stem cells from a frog's embryo. The "Proceedings of the National Academy of Sciences" (PNAS) published the reports of this novel research in their paper.
The robots were developed by the University of Vermont. Scientists created an algorithm using the Deep Green supercomputer cluster. They worked with a few hundred cardiac cells and virtual skin arranging them in body shapes and myriad forms as close as possible to the designs suggested by the computer. The blueprints prepared for specific tasks were further gathered into living bots, which were just one millimeter wide, by a team of biologists from Tufts University, Massachusetts.


Using tiny forceps and a small electric knife to cut the researchers joined the cells under a microscope. As the cells from the African frog were assembled they started to work together. The tiny living robots are given the name 'Xenobots' after their biological origin Xenopus laevis frog. The scientists are claiming that these tiny robots are capable of swimming through oceans to remove toxic microplastic. Additionally, they are hopeful that these robots can move through one's bloodstream to scrape out plaque from human arteries.
The never seen form of the cell arrangement now has a body. The heart cells were repurposed with its contractions to propel forward movement. These new forms of life with the power from their stored embryonic energy were able to move on their own and explore the watery environment for several days and weeks.
In the past too there are records where humans have manipulated living organisms. But certainly building biological machines is the first attempt and indeed a novel in the field of bioengineering. These robots are far beyond our imagination. Test reports reveal that xenobots can move around in circles by pushing the pellets into a central location quite collectively and spontaneously. Scientists have built other bots with a pouch inside them. They could be loaded with drugs and send off to specific parts of the body. No other machines so far have been instilled with such ability.

The robots can help find out radioactive contamination in the ocean, gather microplastic and move through human arteries scraping down plaque says co-leader Dr. Michael Levin (Director at the Center for Regenerative and Developmental Biology, Tufts). These cells "genomically, they're frogs" he added as the DNA is totally of a frog. However, one should not confuse them to be frogs.
These robots are very much alive and can replicate and repair when torn or gets damaged. They can look after themselves. If at any point they stop working they would fall apart harmlessly. Dr Joshua Bongard (computer scientist and robotics expert at the University of Vermont) who co-led the research informed that they had even tried cutting the organism into half only to find it stitches back itself. Typical machines can never do such a thing!
Xenobots altogether form a new species of animal which is an artifact of a programmable, living organism. They are absolutely biodegradable. With very low motility the cells transform into dead ones just a week after completing their job.