Tribes and races who are more developed than humans - puranas 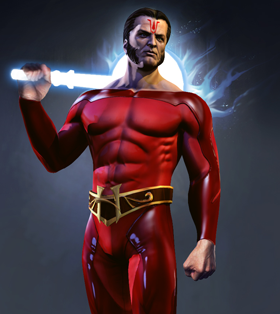 Tribes and races who are more developed than humans - puranas

Puranas have clearly described that there are many tribes and races who are more developed than humans.
We have several references to tribal who are more developed than modern day humans. Tribes can be taken as monkey like hominoids who had supernatural powers during the earlier ages. In the epic of Mahabharata they are mentioned as by encountered by Sahadeva, the fifth Pandava brother while he was on a military campaign to southern India. We also have example from Mahabharata where the Pandavas travel to heaven and a dog accompanies them who is later revealed to be the god of death Yamraj.
In Ramayana too several such instances are found. In Ramayana Sugreeva orders all sub races of Vanaras to come together in their kingdom Kishkinda to search sita who was abducted by the Demon king Ravana. Near about twenty crore Vanaras searched in every direction dividing into four teams. After hard toiling they reached Lanka by building the Ram-shetu and defeated Ravana. According to the puranas it is believed that all Devtas, Apsharas and all mythological characters incarnated themselves into Vanaras to help Lord Vishnu in his Ram avatar and attain Moksha. These Vanaras were genetically engineered from various species. They had many extraordinary powers.


"Let monkey-shaped progeny equalling Vishnu’s valour be procreated from the physiques of prominent apsara-s and gandharva-s, from the girls of yaksha-s and pannaga-s, and also thus from the bodies of kinnaraa-s, she-vidyaadharaa-s, she-riksha-s and she-monkeys, and they shall be wizards of miracles and audacious ones, in travel they shall have air’s speed, bestowed with intellect they shall be the knowers of ideation, and with their divine physique they shall be ineliminable, they shall be endowed with all the assaultive aspects of all missiles, and they shall be untiring in their efforts, like you who thrive on amrita, the ambrosia, unmindful of thirst and hunger. "


They were believed to be the incarnations of Devas and apsharas. Some of the popular incarnations are: Laksman( Lord Ram's brother) who is believed to be the incarnation of Seshnag( Lord Vishnu sleeps on Seshnag).
Hanuman- Believed to be Lord Shiva's eighth rudra avatar.
Jamuvant- son of Lord Brahma.
There are lots of others and it seemed that the whole devlok came down to earth. After Ravana( demon king who abducted Sita Rama's wife) was killed Lord Vishnu decided to return to Vaikunth. Sugreeva( Vanara king of Kishkinda) made Angada king and came to Rama along with his troops to go with Rama.
Rama granted their boon and except five Vanaras all went with Rama. Those five are namely:
Lord Hanuman- he promised to stay till when Ramayana exists in earth and guide the mankind.
Jamuvant who waited till the Dwapur yug to fight Lord Krishna and he fought for twenty eight days over the Shayamkanta Mani( a diamond said to have cut into multiple pieces and one such piece is the Kohinoor found in Gantur district and was later taken by the Mughals and then British to London) and when he finally learnt that Krishna is Lord Vishnu in turn he is Lord Rama, he gave up the fight, handed the jewel and married his daughter Jamvanti to Krishna.
Dwivida who was killed by Lord Krishna's brother Balram.
Mainda and Nal and Neera.
All of these vanaras had even more strength than the Devas and Hanuman had the power to turn down any weapon even Brahmastra. Legend has it that Hanuman's mother was a beautiful apshara of heaven but she was cursed to be a vanara which turned into a boon as she became the mother of Lord Hanuman. Even Hanuman met Bheem. Both of them were Pavan putras. According to legends Hanuman swallowed Sun thinking it as a mango.

There chiranjivis namely according to the legends:
Lord Hanuman- some people argue that he can be seen nowadays even in some villages and footprints can be found.
Jamuvant- He had many incarnations like Trivikrama. He cannot be called a bear as his daughter Jamvanti with Krishna had a son named Samba who was the only heir after Krishna's demise.
Jamuvanta is described as Riksha meaning star. The term Antarishka or space between stars is derived from this word. The Dwarka temple was built by Samba's son Vajranabha.
We can take even the Gods as chirajivis as they do not cease to exist. In the tales of Krishna we find mention of Vanaras with the help of which Lord Krishna playfully made a shetu on the river to help the Gopi troop. In Mahabharata Bheem's son Ghotokach was a Asura who fought the Kurukshreta war. Even the ancient temples of India like the Konarak temple has paintings of Vanaras.
Vanaras were found to have existed in Egypt
Vanaras were even inhabitants of Egypt post Kurukshetra war ((23rd century BCE), which is just 900 years post Kurukshetra war). Temple Hator bears paintings of Vanaras. Ramanaya is the most epic poem composed by Valmiki on the order of Lord Brahma. All the mythological characters on Lord Brahma's order transformed themselves into humans and Vanaras who had extraordinary powers. This is possible that a few travelled to Egypt and continued their species. There are evidences which proof this. Even Aliens existed in Earth much before the human species like Grays, Sassani, etc.
Even before Christ was born Kite was invented by the tribes or the Vanaras who lived in the forest regions. Some of the ancient idols found in Nalanda shows a boar like figure with ornaments. This is thought to be the boar incarnation of Lord Vishnu. Galta Ji Temple in Jaipur is often called the monkey temple and its dedicated to the sun god.