What do you mean by Alpha man 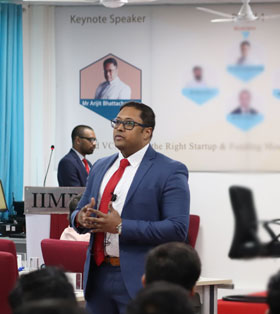 What do you mean by Alpha man

There are a lot of false dichotomies out there — left brain vs. right brain, nature vs. nurture, etc. But one really persistent myth, that is literally costing human lives, is the distinction between "alpha" and "beta" males. As the story typically goes, there are two types of men.
"Alpha" males are those at the top of the social status hierarchy. They have greater access to power, money, and mates, which they gain through physical prowess, intimidation, and domination. Alphas are typically described as the "real men." In contrast are the "Beta" males: the weak, submissive, subordinate guys who are low status, and only get access to mates once women decide to settle down and go searching for a "nice guy." This distinction, which is often based on observations among other social animals (such as chimpanzees and wolves) paints a very black and white picture of masculinity. Not only does it greatly simplify the multi-dimensionality of masculinity, and grossly underestimate what a man is capable of becoming, but it also doesn't even get at the heart of what is really attractive to women.


As the expression goes, when all you have is a hammer, all you see are nails. When we impose just two categories of male on the world, we unnecessarily mislead young men into acting in certain predefined ways that aren't actually conducive to attracting and sustaining healthy and enjoyable relationships with women, or finding success in other areas of life. So it's really worth examining the link between so-called "alpha" behaviours (such as dominance) and attractiveness, respect, and status.
The science of dominance
Consider one of the earliest sets of studies on the relationship between dominance and attractiveness. The researchers presented their participants with videotaped and written scenarios depicting two men interacting with each other. The scenarios varied on whether the male acted "dominant" or "nondominant."
Across four studies, the researchers found that the dominance scenarios were considered more sexually attractive, although dominant was regarded as less likeable and not desired as a spouse. Taken at face value, this study seems to support the sexual attractiveness of the dominant alpha male over the submissive beta male.
But not so fast.
In a follow up study, the researchers isolated various adjectives to pinpoint which descriptors were actually considered sexually attractive. While they found that "dominance" was considered sexually attractive, "aggressive" and "domineering" tendencies did not increase the sexual attractiveness of either males or females. There seemed to be more to the story than just mere dominance vs. submissiveness. Enter a study by Jerry Burger and Mica Cosby. The researchers had 118 female undergraduates read the same descriptions of the tennis player (dominant vs. submissive), but they added a crucial control condition in which some participants only read the first three sentences of the description (see italics above). Consistent with the prior study, women found dominant more sexually appealing than submissive. However, the depicted in the control condition had the highest ratings of sexiness of them all!
What's going on? Well, this most certainly doesn't mean that the extremely brief three-sentence description of the depicted in the control condition was sexually appealing. Rather, it's more probable that hearing about either dominant or nondominant behaviour, in isolation of other information about him, made him less sexually attractive. The researchers conclude: "In short, a simple dominant-nondominant dimension may be of limited value when predicting mate preferences for women."
Next, the researchers fiddled with the descriptors of John. In the "dominant" condition, participants read a short description of John and were told that a recent personality test found that his five most prominent traits were aggressive, assertive, confident, demanding, and dominant. Those in the "nondominant" condition read the same paragraph but were told that John's five most prominent personality characteristics were easy-going, quiet, sensitive, shy, and submissive. Those in the control condition only read the short paragraph but were not told anything about personality.

It's hard to deny that humans are very susceptible to the process of social dominance; we exist in unequal hierarchies with inferior and superior individuals in almost every context, so it's not far-fetched to assume that some men rise to the top of these hierarchies due to a combination of physical and psychological qualities (such as height, a deep voice, and so on).
Humans are, for better or worse, very easily influenced by displays of confidence, after all. And by acting confident, men could well find they get their way more often, and thus be compelled to continue. A self-fulfilling prophecy that suggests "fake it 'til you make it" is a valid approach to "becoming" an alpha male, and therefore propagate the idea. After all, women love a bad boy (maybe). Overall, human behaviour has many aspects that, taken together, suggest that alpha males are a real thing.
People can belong to different hierarchies, for example; a guy who is the most vocal, dominant person in his amateur football team might be under the heel of an aggressive boss during his day job. Is he an alpha male, or not? It depends on context, obviously. Humans have many different social groups and varying roles within them, because we're more complex. A universal "alpha" seems unlikely.
Rather than relying on aggressive dominance, humans are actually far more cooperative and social. Some evidence suggests that our friendliness and sociability is what made us so smart to begin with, so rather than being the top humans, you could argue that alpha males are something of an evolutionary throwback, the civilizational equivalent of an appendix; no longer used, just hangs around and occasionally fills everything with poison. Supposed human alpha male behaviour also often doesn't match alpha male behaviour in other species. Many non-human alpha males also have a corresponding alpha female who exerts similar levels of dominance and control, whereas human alpha males invariably have a "less respectful" attitude towards women, shall we say. Also, the fact that many communities of men (particularly online) are seemingly convinced that they can all be alpha males is a contradiction in terms; there should only be one alpha male per community, that's sort of the whole point. The rest should try and depose him as and when the opportunity presents itself, but until then they are, at best, "beta males", a term often used as an insult by members of said community with no sense of irony.

It's as if the idea of being an alpha male is very reassuring to those who lack confidence and are scared by the wider world and people in it, so want to turn the tables. This may be key. Supposed alpha males may always get their way not because of to some evolved tendency in humans to respect and obey men who display a specific set of characteristics, as if people were video games that respond to certain cheat codes, but simply because they're scary. If a large, shout-man starts bellowing in your face, that's very unsettling, so people may do what he says to stop him from becoming violent, or just to make him go away. Said man would obviously perceive this as evidence for his own superiority.

Maybe the supposed human alpha male is a combination of disgruntled male wish fulfilment and borderline-pseudoscientific justification for resorting to bullying, intimidation and generally all-round unpleasant behaviour by men hoping to impose their will on a world they find too complex and unnerving so revert to their baser instincts to get what they want, despite knowing deep down they don't deserve it and shouldn't have it? In fairness, "alpha male" is a lot more succinct.