Is the current slowdown in Indian economy cyclical or structural? 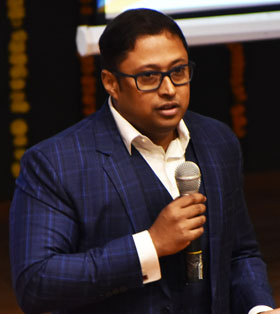 Is the current slowdown in Indian economy cyclical or structural?

Over the last decade, the Indian economy has been witnessing a major decline. The US dollar which used to cost us less than Rs. 47 in 2010 now 10th Jan 2020 it's Rs.71.18. The economy is going through a major slowdown with only 5.8 percent GDP in the final quarter of FY19. Experts fear that the first quarter of FY20 will witness event lower GDP. It is for sure the economy is slowing down. However, experts are stuck in the conflict whether this slowing down of the economy is cyclical or structural in nature. To understand what exactly is the nature of our country's economy, we need to dive deep to explore the true meanings of cyclical and structural economy. Here's an insight!
What is a cyclical slowdown?
As the word "cyclical" suggests, it is a cycle of business with its ups and downs. The economy shows minimum to maximum economic activity from time to time. The cyclic peaks are generally followed by a downtime phase. The economic slowdown is expected to get over within a short span of time with the right measured taken to effect.
To revive the economy certain required regulatory changes, temporary recapitalization of credit markets, monetary measures and interim fiscal are an absolute necessity.
What is a structural slowdown?
Structural slowdown brings about changes that last over a longer term as the problems get deep-seated inside. These changes occur due to shift from one-off paradigm to another driven by changing demographics, troublesome technologies and change in consumer behaviour. Such a type of slowdown is not easy to fix. It requires the country's government to undertake certain structural policies.
What is the condition of the Indian economy?
Different analysts have a different point of view regarding the Indian economy. For some, the slowing down of GDP from 8.2% (in FY17) to 6.5% (in FY20) for the fourth consecutive year is a sign of a structural slowdown.
In the first quarter of 2019, that is, in June 2019 Indian GDP grew at 5% which is recorded to be the slowest in the last 25 quarters (or six years). Since December 2002, the growth has only been 7.99%. Thus, analysts are more in fear that this economic slowdown is taking a turn towards the structural side.
Breaking down India's slowdown
Firstly, the sale of cars is sinking in India. Then, investment capital has embarked. The country's employment conditions are worse than ever and the banking system has been shattered by bad-loan ratio. Hike in oil price recent has forced the condition to go from worst to further worst as the country imports a major portion of crude oil from outside.
India's growth situation has been obstructed by a decline in demand of consumption, manufacture of products, banking insolvency and Insolvency and Bankruptcy Code's (IBC) inability to resolve cases in a timely manner, the increasing tension in global trade and its adverse effects on exports.
Private consumption which contributes 55-60 percent of the Indian GDP is slowing down. This reduction has caused a decline in urban consumption with food prices collapsing after three drought/near drought conditions in three of the last five years. The private final consumption has been the weakest in Q1 FY20 with 3.1 percent after the third quarter of FY15.
The savings from the household sector have gone down further from 35% (FY12) to 17.2% (FY18) are now are not equally in use as loans for investment. Every household, including MSMEs, contributes to a total of 23.6% savings. In fact, nearly 77% of investments in the real estate sector comes from this field.
The most important factor is that households are the only net savers who contribute their savings towards investing. However, these are now not adequate enough to be able to fund the government borrowings. Thus, interest rates are quite higher. The government data shows that Gross Fixed Capital Formation (GFCF) has lowered down from 34.3% in 2011 to 28.8% in 2018. In the private sector, the decline has been down to 21.4% (in 2018) from 26.9 % (in 2011). Since demonetization every part of the economy has been witnessing major declination. New Investment projects declined to 3,708 in 2018 from the announced projects that stood around 5,800 in 2011.
Indian exports have declined down to 19.6 percent from 24.5 percent, all the three sectors, viz., savings, investment and exports are seeing miserable failures. Furthermore, declining wage growth in both rural and urban wages is making the economy weaker. In FY19 the corporate wage growth was in a mere single digit in comparison to double-digit growth in the past years. This leads to a lower purchasing power among the consumers, slowing down consumption.
Though many will agree that the present situation of India is in no way similar to 1991, but there truly exists a situation of a slowdown. And here it is a case of structural slowdown! Worrying indeed!
The way out?
The current situation is one that syncs with macro environment, says analysts as the monetary policy does not seem to be of much effect in comparison to the fiscal policy. Even the Reserve Bank of India (RBI) indicated to a cyclical downwards turn in several sectors like trade, manufacturing, transport and communication, broadcasting, agriculture, construction, hotels, etc. They have called in for counter-cyclical actions in addition to the structural slowdown scenario.
In the Annual Report published by the Central bank, the bank expressed its concerns regarding the structural issues prevailing in the agricultural market like land, labour, etc., which they feel needs to be addressed. Analysts believe that by increasing fiscal spending, deviating from fiscal deficit target, boosting the consumption sentiment and cutting down rates can stop the slowdown.
Clearly, PM Modi and his ministry are slow to react to the weak economy. Modiconomics isn't working and maybe in few months' time, people would be raising their voice strongly against the poor economic situation. Before things get out of hands the Modi ministry needs to act promptly on the labour laws and sell stakes in state-owned companies.