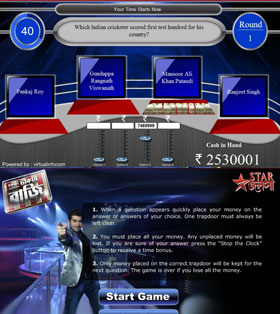 We started making games for Microsoft, made apps for Intel platforms, Amazon, Moga, Android app store, Apple various local app stores in Asia.
As a passionate learner we started adopting various languages and technology.
My international travel started and I was learning a LOT from those days of travel. Meeting with different people, learn and understand their food and culture became my passion.
If you watch my animated video in youtube you will know that I cook out of passion and can understand food by smell.
While working on various games, we were more concentrating on recruitment and increasing team, I decided to make partnership in several other countries, and start a website to train student's from out of India.
Online training for student's started, we started getting student's from USA, Japan, Arabia etc who wanted to learn new technology and animation and game development.

We made good team, started taking faculty from out of India as well, who used to be gamers and their parent's thought they can't do anything in life, we took them to train more on code and graphics.
While doing all these, you might think I became a technologist! Don't know, still that till as well, when I used to talk on game development, people used to look at me as if I am alien.
I was thinking if we can do something in Bengal to change the perspective, all mighty probably listened to me, we got order to make " Koti Takar Baji" though an ad agency.

It was a reality show telecasted in Star Jalsha hosted by Superstar Jeet ( A real humble gentleman ) – we never meet that time, but life is wring another book for me, will talk about the same soon. I don't know how many of you remember this but Google used to have google buzz, and I was thrilled to announce that we made the game running online in their website where our name displayed as creator of the same.

It was not easy, it was a multiplayer game with pure secure gateway integration that time, and YES we started making cyber security solutions to protect data for our created games.
I learned about it from one friend from China that time while working with them for their local games, multiple publishers etc. It's NOT that easy to protect data with layers of security which is done by small team based in
Kolkata, not sure how many of you know AI actually is used more in game development than any other parts, sounds odd! You might want to chk it deeply.
Our small games were running fine which used to be in 3D mainly in racing, not that awesome quality that time, as tech was limited, people were limited but we were all "in" to make Indian game titles instead of becoming an outsourcing hub.
Our folk tale based game Sukhu Dukhu became a little popular that time in Europe, we started process of making India's one of the first RPG game from real actors and models as characters.
A small incident I still remember, I entered in a local store to recharge my phone I was standing in que as usual, all of a sudden, someone recognised me and said,
"you are Arijit Sir?"
Me: "Yes"
Him: "You first sir, my kids play your games."
The store guy: " Sir I saw you somewhere, please come first"
I was stunt! WOW! I never thought this can happen.
Did we make only game or we played "Koti Takar Baji" in reallife? Starting with INR 49/- without support, broken multiple times, not eating, NOW I started feeling like a winner.
Ego ? maybe that's coming to me slowly.