GLOBAL MUTUAL FUND COULD SAVE $2.6 BILLION WITH BLOCKCHAIN 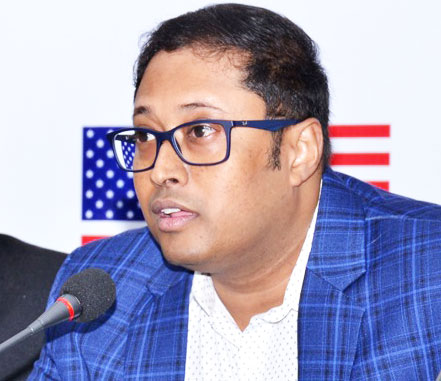 GLOBAL MUTUAL FUND COULD SAVE $2.6 BILLION WITH BLOCKCHAIN

Blockchain technology always have a huge effect on the traditional financial system, when it comes to cost optimisation, its operational abilities and growing transperancy. As per research from U.K based global mutual funds, network Calastone, it is possible for the mutual Fund industry to save $2.6 billion using blockchain. How a mutual fund could be benefitted using Blockchain? Blockchain forms the backbone of cryptocurrency. With its use the transactions becomes quicker, easier and safer. It doesn't require anyone to have control over it, for blockchain to fully work. There is a growing tendency among the financial institutions to implement it to their system. It has many interesting features, like the possibility to allow an efficient circulation of data on a specific network. It is also useful to save money.
The survey which is conducted on 234 mutual fund technologies, determines the tangible value of Blockchain technology.The report clearly states that through blockchain, it is possible to automate fund investment thus saving on huge cost which can be significant value potential for the industry.
Calastone is completely in favor of blockchain technology: A pioneer in the arena of digital finance system, Calastone recently claimed the benefits they acquire from blockchain.The global funds markets are saving £458 million, from it. Thanks to the technology, we expect even more in future. Each and every requirement which is related to cost effectiveness, regulation needs and others are efficiently met by this technology. The company plans to move its network over Blockchain in 2019. Last year the company used blockchain to sucessfully buy and sell the mutual funds under test conditions. The technology is able to process a full day's worth of transactions from across its client base.
Not only the British mutual industry,even other mutual funds are also benefitted from Blockchain. If any other mutual funds in the world implements this technology, into their system, it can save upto $2.6 billion money. Its exceptionally popular: Even if a bright future of cryptocurrencies are not expected, a blockchain technology is always praised.

Blockchain not only saves money, it also help to generate some and through many means.Ethereum is one of the most promising blockchains, as it can host more than mere cryptocurrencies transactions. A Blockchain is a “sociological innovation” and its benefits are beyond any expectations. There has been a steady working to make it possible for the videos to be streamed on blockchain. Earlier at the time of digitization phase, a global funds market saved around £ 458 mn ($635 mn).