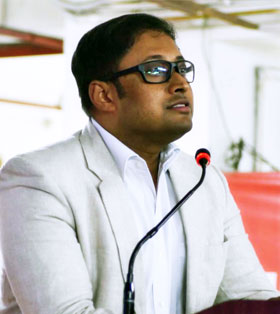 Machine learning is well greeted with a certain amount of caution by game developers. AI s are getting smarter in virtual worlds. The year 1952, marks the earliest instance of Artificial Intelligence in games. Though the video game developers have used artificial intelligence for animating the characters encountered by the players, the non-playable characters are based on the rules coded by humans. Using the AI technology, the future NPCs will definitely program and reprogram their own rules on the basis of experience encountered in games. In the process getting smarter the longer they play.
A game has two distinct categories, that has grabbed the attention of computer scientist, software developers and also machine learning researchers. Games of perfect information where we know about all the aspects of the game. Games of imperfect information, where some aspect of the game is unknown to players. As a complex game exists in both categories, the distinction in player knowledge has significant ramification about how AI can tackle the games.
Use of Machine learning in games of perfect information. In the Game Chess and Go, both the players can easily visualize the entire board and also a location of every piece on the board. In the game Super Smash Bros, combatants can see the entire map and even exact location of every other combatant. Machine excel in these sort of games, currently overpowering even the best in humans.
Of more interest are the games where the number of possible positions, are too vast, even for supercomputers to brute force. These techniques vary on the basis of games. So let's take a look at the few case studies of machine learning, in popular board and also video games of perfect information.

Super Smash Bros: This is a popular hand to hand fighting game franchise that features the most popular characters from Nintendo's empire of games. The game has a vibrant competitive scene. This includes professional players regularly competing for five-figure prizes in the tournament. SSB differs from chess and Go. SSB is a nonturn taking game. The players make action, thus anticipating their opponent action while making their own. Smash Bot is an ideal example of a classic game having a rules-based expert system. This is essentially a more sophisticated version of the chain of the if-then statement. This is based on a knowledge built into AI. Smash both are making decisions on a 4 tiered hierarchy of objectives: Goals, Strategies, Tactics, and Chains. Each objective ideally inspects the current game state. This decides which lower level objective will be the best.
In spite of having an overwhelming dominance, over human, the domain-specific approach of Smashbot, doesn't make it interesting for the researcher.
Machine learning in gaming, definitely promises to bring profound effect on both the games and also the areas which are unrelated. Professional chess completely transformed by the introduction of computers. This reveals the hidden flaws in the previously unquestioned analysis.This enables the players to easily train with the database of millions of competitor's past games. This also enables providing new tools to allow next generation of players improves even more rapidly than the predecessor.
The virtual world is an ideal training ground for AI s to learn even before releasing into the real world. It's quite clear that the machines can't brute force their way to victory, in messy, imperfect games. In a game totally human as Starcraft II, will an AI not only play better than a human but also like a human.