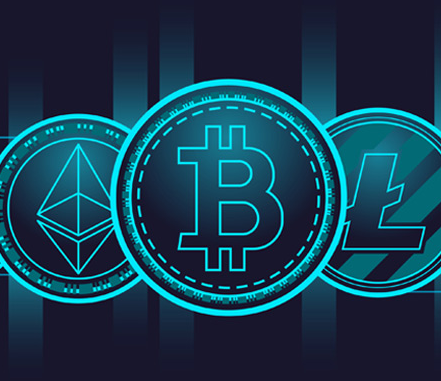 The cryptocurrency is a digital currency using cryptography for security. This is designed to be secure and in many cases it is anonymous. It converts the legible information into an almost uncrackable code, to track purchase and transfers. The origin of cryptography is at the time of second world war. Its purpose was to secure communication. In the digital era it emerged with elements of mathematical theory and computer science. This is an ideal way to secure communications, information and money online. The first cryptocurrency bitcoin was created in the year 2009. There has been a high growth of cryptocurrencies in the past decade. At present more than 1000 are available.
Functionality:
It is a decentralised technology that help the users secure payments. It stores the money and does not require the name of the user or go through a bank. The cryptocurrencies run on a distributed public ledger called block chain. The block chain is a record of all transactions that is updated and held by currency holders. Its units are created by a process called minning. The minning process involves using computer powers solving complicated mathematical problem and generating coins. Popular cryptocurrencies:
Bitcoin: Developed by a pseudonymous group Santoshi Nakamoto in 2009 this is the first and foremost cryptocurrency till date.
Ethereum: Developed in 2015, this is the second most popular and valuable cryptocurrency. This is used in Ethereum blockchain. It is popular as a launch pad for the other cryptocurrencies in 2017.
Ripple: Ripple is another distributed ledger system founded in 2012. It is used to track more kinds of transactions apart from cryptocurrencies.
Litecoin: This currency is most similar to bitcoin, but has moved more quickly to develop innovations. It helps in faster payment and processes and allows more transaction.

Why use a cryptocurrency ?
This is a secure payment which helps in providing anonymity. Transactions in them cannot be faked. Their decentralised nature means they are available to anyone. It is more reliable than conventional currency. Being decentralised they are available to anyone.There is a sudden boom in this new form of cash. A small investment became a large sum overnight. This has led to a spur in professional and amateur speculators investing in bitcoin and other cryptocurrencies, seeing them either as a quick way to make returns or as part of an investment portfolio. If you are thinking to make investment in cryptocurrecies then you should be aware of the volatility of the market and the risks they take when buying. Being anonymous, the cryptocurrencies are also associated with illegal activity, particularly on the dark web.