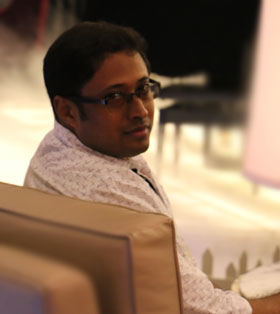 Yes, you must admit, AI is everywhere.Time has come to unfold a face-off-battle between Elon Musk and Mark Zuckerberg on the future of AI. Many are demonizing it.Some have utopian views thus claiming that AI has become the father figure thus helping humanity.
Really excited to dive right in thus tinkering with AI, then games are definitely a great place to start. They are the perfect test-bed for AI. But before you jump, let's have a look at the history of how game programming has evolved over time.


Game Programming and its history

It's the tendency of game programmers to use a self-learning program for making educated guesses. The early arcade video games like Pong and PacMan are great examples for this. For a long-term, this trend was the norm.But game developers can only predict, and edge cases that your bot doesn't run in circles. Game developers started mimicking how humans play a game, and even modeled human intelligence in the game bot. The DeepMind team did this by generalizing and modeling intelligence for solving the Atari Game thrown at it.Deep learning neural networks are used by game bots which have no game-specific knowledge.


AI and its democratization

Just to avoid concentration of AI power in the hands of incredible few Elon Musk founded Open AI. This enables seeking the democratization of AI, by making it accessible to all. The OpenAI Gym provides a simple interface for interacting with and managing any arbitrary dynamic environment. This is a platform for building bot and test it out. You can easily create a bot, thus running it in any environment and using only a few lines of Python Code. When you are making any game, you may have enemies for the players to combat. These enemies might seem intelligent and even present a challenge to the player for keeping the game fun and engaging. This can be done through a variety of techniques collectively known as artificial intelligence (AI) programming. This is huge field-entire books are written on the subject. This even includes many subtopics starting from pathfinding to steer to planning to state machines to behavior trees and more.
Here are two common AI techniques: steering and finite state machines. When you are adding AI into a game, the techniques which you use are not so complicated to be good AI. As long as the game is fun you are the winner. Depending on the role that AI must fulfill, there can be just little in the way the system needs. The more complicated the system, the requirements of AI will increase. The basic needs are nothing more than processing time needed for running AI.
Easy decision making:
The basic concept of AI is decision making. For executing choices, the intelligent system must be able to affect the entities using AI system.The AI push system isolates the AI system as a separate game element of the game architecture.
Basic Perceptions: For making meaningful decisions, AI needs some way of perceiving its environment. This perception is just a simple check on the position of a player entity. With systems becoming even more demanding, the entities are needed for identifying key features of the game world like viable paths to walk through, cover providing terrain and areas of conflict. The basic challenge for the designers and developers is just coming up with the way that identifies key features vital to the intelligent system.
Prediction:
Having the ability for effective anticipation, the opponent's next move is crucial in the adaptive system. A number of methods are used like past pattern recognition or random guess for determining the next action to take. Its basic method for adaption is just keeping a track of the past decision, thus evaluating their success. The AI system keeps a record of choices made by the player in the past. The evaluation of past decisions can be made in a similar manner. You can easily gather additional information about the situation thus giving decisions some context, like relative health, previous actions and position in the level.
AI is the complicated area of research. When in games, it takes different forms, based on the needs of the game. This ranges from simple set of rules, for computer controlled entities, to more advanced adaptive system. If you apply AI concepts in games you can increase the believability of the virtual characters created in the electronic environment. But the challenge is not impossible.