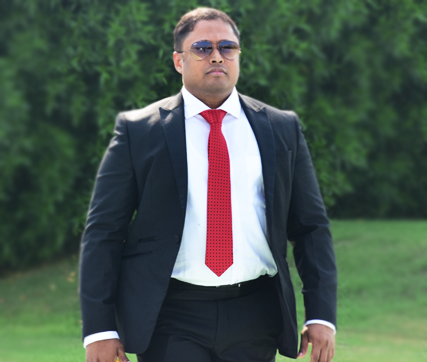 He has over 23 years of experience helping Start-ups, Entrepreneurs and Govt. across the world to solve problems using Entrepreneurship, Technology and Innovation.

He created number of community to go-global and created few angel funds to help startups so that they can grow and scaleup.

Founder: imsuperhero – platform for kids to make their own superheros and share to the world

Founder: Animgaming- platform for indie developers to showcase and get funding from global publishers and investors.

Co-Founder: Entrepreneursface - helps entrepreneurs to start up their business by helping them from the ideation stage to execution

Founder 8metals: His passion to explore culture and science behind mythology can be explored in 8metals.com/ a non profit initiative to share knowledge.


He has expertise across various sectors such as Entrepreneurship, Angel Investment, Venture Capital, Raising Funds for SME & Startups, Technology, Deeptech, Early-stage Ventures, Government Relations, Global Startup Ecosystem, Business Incubator, Co-working space, International Business Operations, Movies & Media, Education, Strategy.
He is ranked 14 among world's top 50 blockchain thought leaders in the world.
Arijit is quick to adopt the changes brought about by AI breakthroughs in the recent decade. His current work reflects his passion for deep learning through testing and refining the predictability of a customer's potential purchase. Along with that he worked closely on voice tagging, ML scripts and helped universities across the world to adopt new tech and train the trainers. Arijit helped to create a methodology that set the industry standard for accuracy and real-time delivery of facial expression data and analysis.
In the capacity of a mentor, he has helped entrepreneurs incubate their ideas into businesses, formulating go-to-market strategies, launching products and ensuring they work on sustainable business models. His expertise is hired by businesses that want to scale up, manage risk, reduce cost and grow more than industry benchmark.
Arijit, always knew that the Indian animation & gaming industry's future was rooted in being able to produce original intellectual property. This pushed Arijit to establish virtualinfocom in the year 1998. His special interest in creating original Indian content for global audiences yielded in great success through creations such as Shaktimaan the game, fight of the legends (series), Ashwathama the immortal, Sukhu Dukhu, Lalkamal Nilkamal, Desert Drift, Saudi Arabia with love, 3D racing to name a few.
It needs knowledge, creativity and the dedication to establish one's talent. His devoted hard work to empower artists and coders in India, S Korea, USA, Thailand, Australia with the latest technology to thrive and excel in the world of gaming, animation took him to remote villages in the country, where he discovered artistic talent to groom and great coders. While creating jobs for thousands of artists and programmers and animated professionals, Arijit Bhattacharyya has been a mentor, an educationist and a constant inspiration to the creative youth of our country to excel in the art of storytelling from history of the world. the best part of his exploration is digging science behind the mythology and culture. He himself travelled various parts of the world to explore culture and science behind those stories and put them in gamification and real animation. In fight of the legends and Ashwathama the immortal and katya game his team tried to put various fighting styles from different parts of the world and explored the opportunity to understand science facts in storytelling mode.

IOT: CMO of smartdome USA based smarthome solution company, responsible to expand their business in EU, Middle east and Asia.

ECRS: CMO for geriatric solution company based in UK. (Took exit in 2016).

Gentry: Business development for tailor made Shoe Company based in Ukraine.

Yogatraining: Business development for health n nutrition based startup based in Thailand.

Bridge: Business development for B2B platform based in middle east, expanded in USA.

Gointernational: Helped to develop new market and new customers for B2B platform based in Nordic country. (exit in 2018)

“I’m a technologist, founder of few wonderful technology company, non-executive director of others, and a restless entrepreneur with a passion for creating feedback loops between innovation and teams and revenue streams, applying new and old business models to changing industries, and pushing people to do the very best they can do.

An entrepreneur since 1998, Arijit Bhattacharyya is the founder of Virtualinfocom India’s one of the first game development company. Founder of India’s first B2B portal on game development, India’s first Portal on cosplay. He is an active advisor and speaker in cyber security & financial management forum for cyber crime and security. He is creator of India’s one of the first Virtual Reality training institute and maker of Virtual Reality lab in Middle East. He is the creator of one of the first Virtual Reality lab in India. Contributor & Structure creator of Smart City Projects in few parts of the globe. Creator of media portal with over 275 + celebrities & models, actors from India, UK & Japan. World’s one of the first company to make real celebrities into 3D simulation. Kolkata’s first movie based game Boss2, Bangladesh’s first superhero movie based game Bizli, Nepal’s first 3D racing game, Bhutan’s first 3D game maker. Helped to raise funds for several companies around the world. 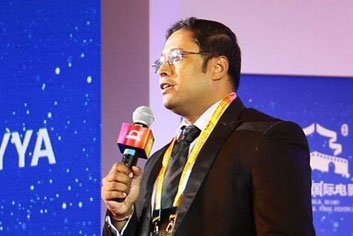 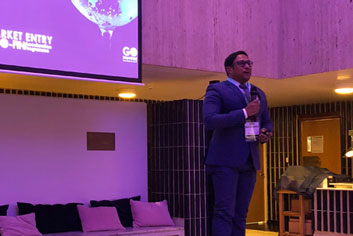 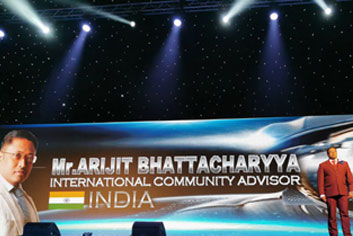 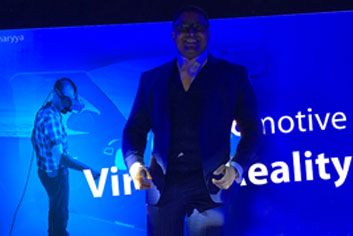 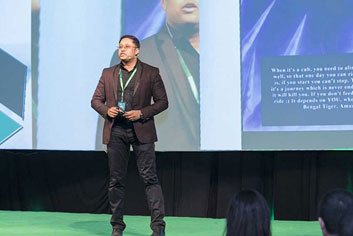 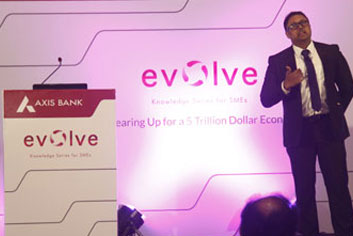 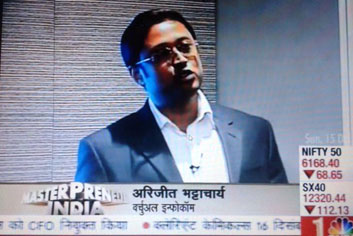 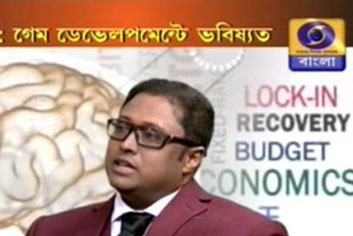 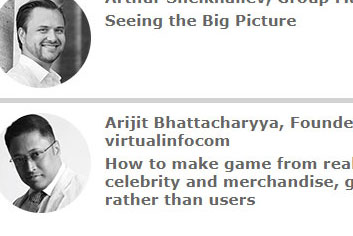 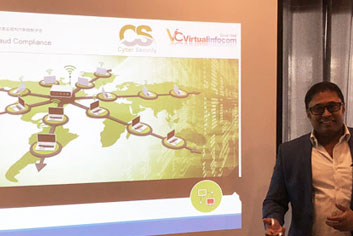 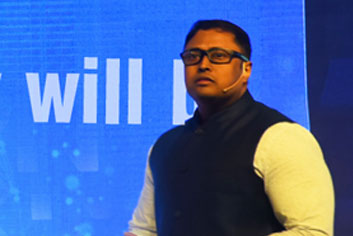 Malaysia- Next wave of Crypto 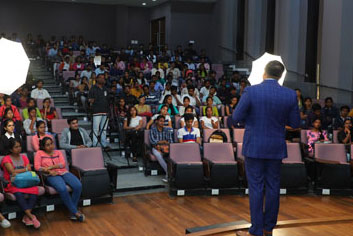 He is also Corporate Advisory Board Member of few Universities in India. Advisor of three animation and gaming institute in Russia, UK and India.

He is the creator of India’s one of the first 3D games based on mythology and culture.

He is the creator of India’s first 3D game based on mythology and culture. 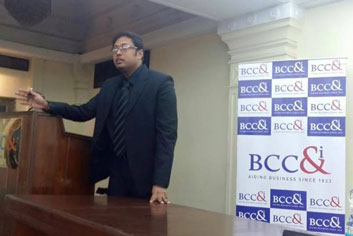 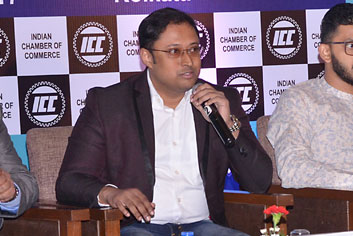 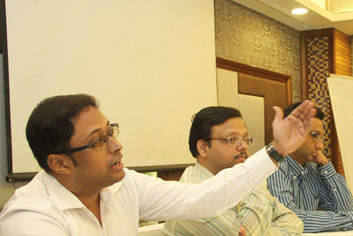 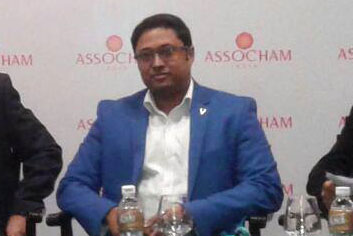 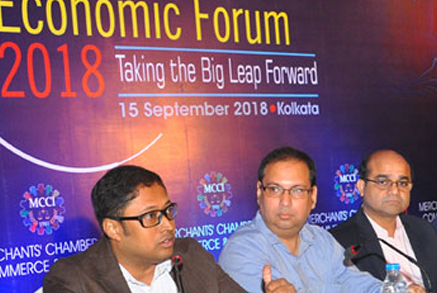 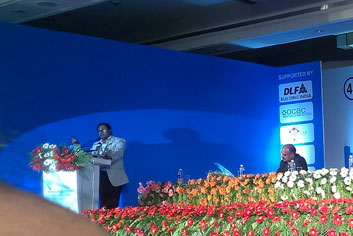 Arijit began programming in late 1994 with BASIC, before progressing rapidly to C and C++ in early 1995 for DOS application development, then onto 32-bit development under Windows. He moved to RAD with Borland’s C++ Builder (essentially Delphi for C++) in 1996. In 1997 he became involved in Internet technologies, progressing to dynamic, database-driven websites. In 2000 as he is an artist Arijit turned into the field of animation and late 2001 he became a Game Developer and Simulation Engineer.

Arijit earned a MCA along with Financial Management degrees, BSc in Economics & few global certificates. Over the last few years Arijit has held key positions in several trade bodies and industry associations and has served as a Board Member / Advisor for several companies.

Arijit mentors entrepreneurs and provides strategic inputs and directions to companies. He is a very popular speaker and speaks on his ongoing research in How Scale up Business, Cyber Security, Making IP, Product Development, How Start Smart, Game Development, VR and Wealth Dynamics.

Able to work on his own initiative and as part of a team, Arijit has proven leadership skills involving managing, developing and motivating teams to achieve company objectives. Arijit has first-class analytical, design and problem solving skills and is globally networked and is dedicated maintaining high quality, ethical and corporate governance standards.

I am responsible for several projects:


Networking lunches I have hosted a few hundred networking lunches, where I provide a forum for six to 12 like-minded members of my network to meet and exchange value.The key to hosting a successful lunch lies in the selection of the restaurant and the attendees. You’ll want to select a restaurant that can accommodate paying separately and has a private dining room. It's a complete B2B segment where people come with specific agenda and target in mind. Me and my team members do specific B2B and B2C with guided structure.

Brainstroming dinners I started hosting dinners since 2016 to connect successful entrepreneurs. Me and my team, puts a lot of emphasis on selecting the right attendees for each event . We ensure there is at least one over-arching commonality among all guests and avoids inviting people at opposite ends of experience, if it's a networking session for startups, we make sure to bring actual value for them where they can get REAL business. At least two of the guests have in common that’s not particularly common and will arrange seating to increase the likelihood of it coming up over the course of the dinner.


Languages I can read write and speak:

If you want to expand your business &amp; looking for right kind of partner or setting your office in USA, Singapore, India, China, Thailand, Finland, UK, Russia, Japan, Taiwan.