Entrepreneurial Development And It's Impact On Global Economy 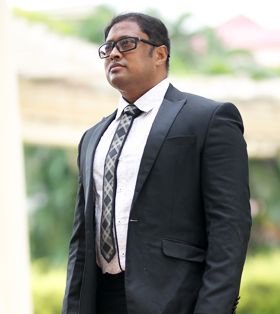 Entrepreneurial Development And It's Impact On Global Economy

Vital to economic growth and inclusion, especially for developing economies, social entrepreneurship – a fast-emerging discipline that generates social impact through an entrepreneurial approach – helps to boost a country's economy, as well as its social fabric. Social enterprises can create jobs, provide innovative services and products, promote sustainability and give hope for the future.
According to the European Commission, the social entrepreneurship sector currently employs around 40 million people and engages over 200 million volunteers globally – and is growing.

Social enterprises are not just for emerging markets, however.
In France in 2015, the social and solidarity economy sector accounted for 223,000 businesses, 2.34 million employees and 10.3 percent of national employment. It also accounted for almost 8 percent of the gross domestic product (GDP).
The UK's social enterprise sector contributes three times more to the economy than the agriculture sector, according to Social Enterprise UK's (SEUK's) 2018 report – 'The Hidden Revolution'. It is far more significant than previously estimated. Social enterprises are worth £60bn to the UK economy, 3 percent of GDP and 5 percent of all employment.
The report also found that Britain's top five cooperatives – a form of social enterprise – pay more tax than Amazon, Facebook, Apple, eBay and Starbucks combined.

Despite the positive influence they have on the economy, social entrepreneurs and social enterprises are somewhat nebulous.
There is no universal definition for social entrepreneurship for example. According to the European Research Network on Social and Economic Policy, social enterprises "are non-profit private organisations dealing with producing of goods and rendering of services, which is directly linked with their clear objective that the community should benefit from their activity.
They rely on collective dynamics, while involving different types of stakeholders into their management bodies; they highly value their autonomy and take the economic risk associated with their activities."

The modern social entrepreneur is of course motivated by profit but also take a more holistic approach to business and is seemingly more concerned with the fate of the planet and humanity. These agents of change deploy entrepreneurial tactics to provide systemic solutions to social and environmental problems.
Often, social entrepreneurs drive the production of environmentally friendly products, meet the needs of an underserved community or focus on philanthropic activities. Through non-profit, for-profit and hybrid enterprises, social entrepreneurs promote a broad range of solutions focused on sustainable development.
Programmes such as providing clean water, increasing access to renewable energy, increasing financial inclusion and offering high-quality educational resources are the sorts of projects that social entrepreneurs and social enterprises would prioritise.

As employees and consumers become increasingly concerned with environmental, social and governance (EGS) issues, social entrepreneurship will play a prominent role in driving future economic growth.
ESG is attracting support from some of the world's biggest investment banking and asset management organisations.

One of the most obvious and striking impacts of social entrepreneurship relates to job creation, particularly among the less fortunate, underserved or ignored groups of society.
According to the Organisation for Economic Co-operation and Development (OECD), social enterprises act as an "intermediate between unemployment and the open labour market". From a purely numerical perspective, significant social and financial benefits can be gained from reintegrating large groups of workers into the labour market.
Social economy organisations (SEOs) account for around 6.5 percent of aggregate employment in the European Union (EU), according to the OECD.

Considering the devastating impact of the COVID-19 outbreak, in the coming months social enterprises will require some form of government support.
While financial packages to help companies, employees and the self-employed have been announced, little has been said about social enterprises.
It remains to be seen whether this group is given specific access to government funding during such unprecedented and perilous times.

Other creditors have already begun offering a lifeline to social enterprises. For example, Open Road Alliance, a US-based fund that specialises in making short-term bridge loans available to social enterprises in difficulty, is offering loans and grants of up to $100,000 to organisations tackling the virus.
Tech companies including Netflix and Facebook are also making funds available.

Social entrepreneurship is growing rapidly in size, scope and support.
An unprecedented number of organisations are using it as a strategy to address social problems across emerging markets.
Many of these projects are improving people's health, safeguarding the environment and creating more economic opportunities.