How do we attract more women in women tech? 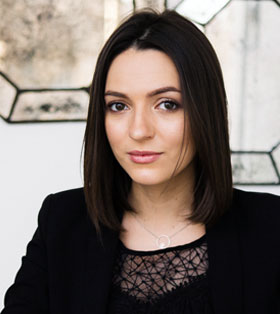 How do we attract more women in women tech?

The professional world is full of disparity! Yes, you heard it right. Standing in the 21st century where we are vocal about women empowerment a Diversity Report based on a survey with the working women in the US reveals shocking details.
Almost 50% of women complained that their views and ideas are ignored in their work zones until and unless a male member repeats them. Many sighed that despite their higher qualifications they are assigned low-key tasks. 11 % confirmed to have been told that they were recruited because of their gender and the one-third said they received inappropriate comments on their appearance.
In such an organization women employees are less likely to refer their female friends or colleagues. Survey says the referrals drop by one third when women experience discrimination or biased behavior. Such organizations will find it hard to hunt for the best talent in terms of women alongwith running the chances of losing already recruited talents.
It is true that the overall number of women in STEM (science, technology, engineering and maths) is much less in comparison to the number of men. And the above reason has made recruiting female talents and retaining them much difficult. In recent times, several recruiters and employers are taking their cue into closing this gender-based disparity by trying to understand women's experiences and improve the workplace accordingly.
But the question remains how can more women be attracted to women tech positions? As apparently discussed removing bias and discrimination from the workplace would be the first step in bringing equality. As per reports from the Ideal Employer Data, women can add more value to their male counterparts who ranks only at fourth. Women excel in competitive salaries, working in a challenging environment, working hours, and positive culture from second through fifth in the list of their company's most desired employer attributes. Recruiters should make sure to understand the differences between their male and female recruits.
In the Diversity Report, most women claimed that women where inadequately represented in leading positions. So, they do not feel sure how or whether they would be promoted to higher positions. Women should be allowed to lead important positions. This would motivate other women to acquire equally leading or higher positions in the organization. I am highly inspired by some of the women around the world who are making real disruption in the world, one such name is Elena Lobova Founder at Achievers Hub and Former CEO at iLogos. She is one of the un-stopable woman from Ukraine.
Another name I would love to mention is Olga Kruglova from Russia, one of the finest woman in technology.
My all time favorite Adair Christina, she is doing super cool work in neuromarketing from Brazil and Angela Shikwambana disrupting the tech ecosystem in South Africa.
If recruiters want to change the current scenario they will have to gain faith from the women. They will have to win their hearts and assure things are going to change and maybe in the current calendar year. Another department that requires attention is transparency is payment structure with fair chances of promotion. In fact, positions should be recognized as gender-neutral. Additionally, like all job positions, women employees should be recognized for their work roles, paid incentives, rewards as a matter of encouraging them for their outstanding performance and contributions towards work.
The conclusion
To make sure there are more women in your women tech organization, you will have to instruct your recruiters and employers to hunt for female talents not being biased to the male in any way. Furthermore, you would have to prioritize flexibility though being intentional about diversity, culture and inclusivity. We ensure when men and women come together there would be more learning and more prosperity.