How to be Great at Failing 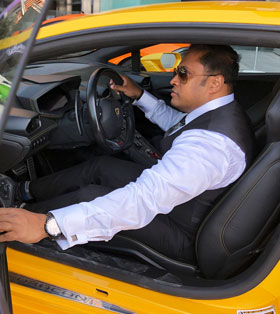 How to be Great at Failing

Success is good but failure is better.
You must not let successes get to your head but also must not let failure consume your heart. Know that, sometimes, actually most times, things don't go as planned and that is perfectly fine.
For many young people, it's easy to simply give up when things don't work out. But if there is one thing you shouldn't do it is just that: Do NOT give up ...because the reality is you're going to fail...a lot.

But failure doesn't mean your idea wasn't valid or that your dream isn't good enough. Failure simply means there is something to be learned or another direction to be taken.

Here's why failure is GOOD:
1. Failure is a redirection. It shows you where you shouldn't be.
2. Failure is an opportunity. It's a chance to reevaluate and come back stronger with better reasoning
3. Failure is not fatal. No matter how hard it may be know that failure simply means you get another shot to try it all again.

However, this time around it'll be a lot easier to attain what you were aiming for. Having failed abundantly, there is one thing I've learned: Failure only makes your next shot quicker, easier and surer.
Take these failures you will face with grace because you'll learn more in a single failure than in a lifetime of success. There are lessons in all our faults that are attempting to take us to our ultimate vision. Get the idea going and trust the process.

It won't be perfect but getting it out slowly will help begin the cultivation process. Start by writing your thoughts and ideas. Talk them out with friends and do one thing a day that will help your overall vision. It won't be perfect, but if you're persistent, the easier it will be to deal with failures along the way.

Each failure is simply feedback of how to perfect your craft. Know that nothing works unless you do and know that what you envisioned will not happen exactly how you thought it would, but that is what makes the distance between where we are and where we want to go so exciting.

So fail and fail often.
Failure won't kill you but your fear to fail just may keep you from success.

Failure Is Life's Greatest Teacher
When we take a closer look at the great thinkers throughout history, a willingness to take on failure isn't a new or extraordinary thought at all.
From the likes of Augustine, Darwin and Freud to the business mavericks and sports legends of today, failure is as powerful a tool as any in reaching great success.

Failure and defeat are life's greatest teachers but sadly, most people, and particularly conservative corporate cultures, don't want to go there. Instead they choose to play it safe, to fly below the radar, repeating the same safe choices over and over again. They operate under the belief that if they make no waves, they attract no attention; no one will yell at them for failing because they generally never attempt anything great at which they could possibly fail or succeed.
However, in today's post-recession economy, some employers are no longer shying away from failure—they're embracing it.

According to a recent article in BusinessWeek, many companies are deliberately seeking out those with track records reflecting both failure and success, believing that those who have been in the trenches, survived battle and come out on the other side have irreplaceable experience and perseverance. The quickest road to success is to possess an attitude toward failure of 'no fear.

Executives of such organizations don't mourn their mistakes but instead parlay them into future gains. The quickest road to success is to possess an attitude toward failure of 'no fear.
To do their work well, to be successful and to keep their companies competitive, leaders and workers on the front lines need to stick their necks out a mile every day.

And they have to deliver all this fearlessly—without any fear whatsoever of failure, rejection or punishment."

Reaching Your Potential
The same holds true for personal quests, whether in overcoming some specific challenge or reaching your full potential in all aspects of life. To achieve your personal best, to reach unparalleled heights, to make the impossible possible, you can't fear failure, you must think big, and you have to push yourself.

When we think of people with this mindset, we imagine the daredevils, the pioneers, the inventors, the explorers: They embrace failure as a necessary step to unprecedented success. But you don't have to walk a tightrope, climb
Mount Everest or cure polio to employ this mindset in your own life.

When the rewards of success are great, embracing possible failure is key to taking on a variety of challenges, whether you're reinventing yourself by starting a new business or allowing yourself to trust another person to build a deeper relationship.

Decide whether or not the goal is worth the risks involved. If it is, stop worrying. Of course, the risks you take should be calculated; you shouldn't fly blindly into the night and simply hope for the best. Achieving the goal or at least waging a heroic effort requires preparation, practice and some awareness of your skills and talents.

Easing Into a Fearless Mindset

One of the biggest secrets to success is operating inside your strength zone but outside of your comfort zone.

One of the biggest secrets to success is operating inside your strength zone but outside of your comfort zone.

Although you might fail incredibly, you might succeed incredibly—and that's why incredible risk and courage are requisite.

Either way, you'll learn more than ever about your strengths, talents and resolve, and you'll strengthen your will for the next challenge. If this sounds like dangerous territory, it can be. But there are ways to ease into this fearless mind-set.

Maintain a Positive Attitude
The first is to consciously maintain a positive attitude so that, no matter what you encounter, you'll be able to see the lessons of the experience and continue to push forward. It's true that not everyone is positive by nature. First make a choice. Continually choose to have a positive attitude.

Reading and Listening to Motivational Material
Second, continually reading and listening to materials that bolster that attitude. Heath recommends studying the failures and subsequent reactions of successful people and, within a business context, repeating such histories for others. Reward them and applaud their efforts in front of the entire organization so everyone understands it is OK to fail.

So employees say to themselves, 'I see that Bill, the vice president of widgets, who the president adores, failed, and he is not only back at work, but he is driving a hot new sports car.

I can fail and come to work the next day. Bill is proof of it.' " Finally, Heath stays motivated by the thought that, "if I become complacent and don't take risks, someone will notice what I am doing and improve upon my efforts over time, and put me out of work.

You've got to keep finding better ways to run your life, or someone will take what you've accomplished, improve upon it, and be very pleased with the results. Keep moving forward or die."