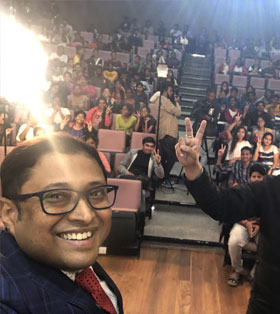 The Coronavirus pandemic has changed the way businesses are done worldwide, and the prophecy is that it is going to remain unchanged even after the virus decides to leave us, as the new way has come to be accepted as the 'new normal'. Even before COVID, the world had shifted from geographically-bound local markets to the market no longer defined by boundaries, but the ability of the manufacturer to produce goods of a given standard. This global market sources high-quality products and services from specialists across the world and have an aptitude to expand further.

The global value chain thus offers significant scope for the Indian manufacturers to spread their wings and take their businesses many notches higher. The Indian economic vista is dotted with numerous Micro, Small, and Medium Enterprises (MSMEs) that contribute about 30 per cent to the country's GDP. The opportunity presented by the pandemic to join the global value chain will unfold many paybacks for the MSMEs in terms of upgrading its product and services, acquiring technology, and upskilling the labor force to make more profits.

E-Commerce is one of the imperative vehicles that would facilitate the integration of the MSMEs to the global value chain, as e-commerce provides wider reach, ease, better costing, and scalability opportunity for these businesses. It is an interesting time for the manufacturers in India as the Government is pushing for 'Make in India' and 'Made in India' and at the same time, the country is trying to find its feet in the world's economic arena. During the lockdown, the e-commerce web has spread to even the smallest of the retailers. It has a further scope of expanding as projected by a study that says the country's e-commerce market is anticipated to expand to $84 billion by 2021 from $24 billion in 2017.

The world is slowly waking up to India's prowess, and scope of opportunities lies in the chaos of its unstructured manufacturing and services sectors and the undeveloped plethora of prospects that it promises. Understanding India's own 1.3 billion customers' preferences and delivering customized products and solutions is a new experience for many in the world of business.

The fast-expanding universe of e-commerce has opened a window of opportunity for 51 per cent of Indian MSMEs who are centered in the smaller towns and rural areas of the country. It's a ray of hope for them to reach out and scale their businesses - mostly on a restricted budget - to bigger markets and increase competencies.

The Global Selling Programme (GSP) introduced by a leading global e-commerce platform has shown how a focused promotion activity in India can do to drive exports. The program that saw a lot of MSMEs and homegrown brands getting listed on the platform witnessed a 100 per cent jump in the sales figures and achieved the sales target of US$2 billion in cumulative exports in the last two years. Such avenues will ensure unlocking the potential of MSMEs to build global brands and to export through e-commerce which, in turn, will highlight the potential for growth of the sector.

The people of India have also well-adapted themselves to the new technological reality to sustain in their daily lives, which became the wheel of transformation during lockdown bridging the gap between demand and supply.

The 64 million MSMEs of India have been given a helping hand by the Government to sustain and flourish in these difficult times. From changing the definition of MSMEs for increased limits of investments to providing for a collateral-free automatic loan also, subordinate debt mechanism and equity infusion for stressed companies and promoting e-market linkages for marketing are some of the lifelines that the Government has assisted the sector with.

However, there are a few lacunas that need to be addressed immediately to keep up with the changing times, such as infrastructure up-gradation, policy changes to keep the taxes streamlined with other sectors. The Government also needs to offer substantial incentives to MSMEs for exports in the new Foreign Trade Policy that will be announced next year, to facilitate a conducive environment for MSMEs to succeed on e-commerce platforms. The TDS obligation on the manufacturer selling on the online platforms, plus the tax levied on the e-commerce platforms, in turn, i.e. Tax Collected at Source TCS under GST, can lead to blocking working capital on the already restrictive financial environment of the sector. What is required further is the penetration of the internet to remote areas and establishing standardization framework for products and packaging as per global criteria and also assisting the sector with new-age technology to aid in turning themselves as global players. E-commerce has the potential of driving the dreamed growth of the MSMEs and putting them on the firm foundation in the global value chain.

There are two key requirements for these mechanisms to take force. First and foremost, you need free and open trade. It is quite bizarre to see modern day politicians throw caution to the wind and ignore these fundamental tenants of economic science. Time and time again, the fact patterns show that when countries open borders and freely trade, the end result is increased economic prosperity. The second, and less discussed, requirement is for the two parties that should trade to be aware of one another's goods or services. Unfortunately, either information asymmetry or physical distances and the resulting distribution costs can both cut against the economic advantages that would otherwise arise for all.

Fortunately World Leader Summit is helping SME and MSME of India to grow and connect with the world.