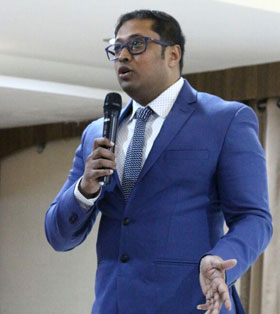 We love stories more than science. A good story causes us to see patterns in noise.

Maybe that's the case with the idea that all manner startup phenomena conform to a sort of "10x Rule."

But think it's actually true, or true enough that it's an excellent rule of thumb that should be assumed until proven false. Here's a slew of examples to guide you:

Business models change based on pricing in roughly 10x increments

Great people are more than 10x better than average.

Winning products have at least one attribute that's 10x better than all competitors (and it's not necessarily design).

VCs must invest in 10x winners, pushing every one of their portfolio companies to seek that outcome, even if it means increased risk and sub-optimal cash utilization.

Companies do not naturally 10x their size or quality; that achievement requires intentional focus and investment.

For multi-product companies, often one product generates more revenue than all the rest combined. (For Smart Bear and 37Signals, the largest was 10x larger than all the others combined!)

SaaS returns in a market are a power law; winner can take 10x the profits of the next.

Your best marketing channel is often 10x the productivity of the next-best. True of content-marketing also.

Scale is 10x harder than operating at small scale. (Because complexity is non-linear.)
1/10th of customers are likely (gross-margin) unprofitable. That doesn't mean you should "fire" them. But it's a calculation worth understanding, and a phenomenon worth measuring. And sometimes, changing your policy or product to reduce that set, is a quick and strategic way to generate profit.

One or two decisions or principles will be 10x more important than all others combined.

Things aren't always 10x, and some things have a 10x property for years but can evolve until there isn't another 10x.

Still, it's useful to assume there is a 10x truth, and spend your time seeking that truth, rather than worrying about and fiddling with one hundred variables, almost none of which will turn out to be important.

The biggest mistake most people make in life is not setting goals high enough.

Operating at activity levels far beyond the normal is 10X action and execution. It will take you far.

Set targets that are 10X the goals you would ever dream of.

Your thoughts and actions are the reason you are where you are right now.

In order to go farther than you ever thought possible you must both think and act at levels 10X beyond the norm.

Why keep working once you have achieved a certain financial level of success? Because you can be happy while accomplishing things, not while resting and doing nothing. If you loved your wife and kids yesterday, should you just stop at that? Or should you build upon it? Same way with your work and legacy.

Limiting the amount of success, you desire is a violation of the 10X Rule.

The 10X Rule: You must set targets for yourself that are 10X more than what you think you want and then take 10X the action you think is required to get there.

Common mistake 2: underestimating how much action is required.

Common mistake 3: spending too much time competing and not enough time dominating their sector.

Common mistake 4: underestimating the amount of adversity they will have to overcome.

Any goal you set is going to be difficult to achieve, so why not set them higher from the beginning?

Most people feel like they are working – rather than chasing passion – because the payoff isn't large enough.

It is your duty to be successful. Do not view success as an option.

Being dependent on only one person or one solution for success is your fault. Winners bring in success from many different avenues.

Politicians make all these promises, but your success (or your children's success) is not dependent on politics. Whether one person gets voted in or not does not determine if you will win. As long as the system provides the opportunity to succeed, no one individual, politics, or president will dictate your success – except you.

Success by others is an indication that something is possible. It should inspire you.

Those who use blame as a reason for not achieving success will never be successful. Victim thinking doesn't benefit you.

Even when bad luck or random events strike there is always something you can do to be better prepared next time.
If you were really legit, people would come to you. Stop driving and flying to everyone. Step up your game.

If people comment on your level of action, then you're doing something right.
The biggest business problem is obscurity.
Money and power follow attention.
Rid yourself of average thinking and average action.
Failing to think big in the beginning will lead to failing to act big.
Set your goals 10X bigger than you think they should be.
Top achievers don't copy or compete. They dominate. They set the pace.

How can you get an unfair advantage?

Never play by the agreed upon norms of your industry. Create new ways to dominate your sector.

You don't have to be the first to do something, but you should be the best at it.

Create "only" practices. What is something only you are doing?

You have to be obsessed. Nobody has ever accomplished something incredible without obsession.

The ability to be obsessed is not a disease. It is a gift.

What goal would cause you to be obsessed?

The saying "under commit and over deliver" is stupid. Instead, over commit and figure out how to show up at a higher level.

Don't follow the pack. Lead the pack.
Interesting trend: when people and businesses cut spending and focus on saving, they almost always save their energy, effort, and creativity as well. It is as if the mindset of dialing down spending naturally dials down activity in other areas.
Success is like a garden. You must constantly tend to it and care for it.

Most people never get close to being overexposed. Nearly everyone is hindered by obscurity.

Last minute preparation is just a way to delay and be fearful. Focus on training better beforehand and when the resistance comes face it and take action.

Fear is a signal to do what you fear right now. Do not feed fear by waiting and letting it build.

Time management is more about knowing your priorities clearly than finding balance.

When the author had his first child, he and his wife created a time schedule for his daughter's sleep that allowed him to spend an hour with her each morning, maintain the same work calendar. The bonus was the daughter was asleep by 7pm, which meant uninterrupted spouse time.

Nobody will save you or make you successful.
Weak and overwhelmed individuals resort to criticism.
Customer satisfaction is not nearly as big of a problem as "non-customer satisfaction." People not knowing you exist and not buying your product is the real issue.

Create an exit survey for non-buyers. (Anyone who leaves sales page?)

Customer acquisition is the primary objective, not customer satisfaction.

Customer complaints are not to be avoided. They are problems you can solve.

Powerful companies and brands are omnipresent. You need to be everywhere.

The best revenge against your critics is massive success.

Duplicate the thoughts and actions of successful people and you too will become successful.

Approach everything with the attitude that it can be done. Believe that you will figure it out.

Losing money or a business never dominated your ability to take action.

Challenge traditions and established ways of thinking.
Don't worry about how much work it is. Think about how great the results will be.

Reach up in your relationships. Find people better than you.

Taking massive actions is the only way to fulfil your true potential.