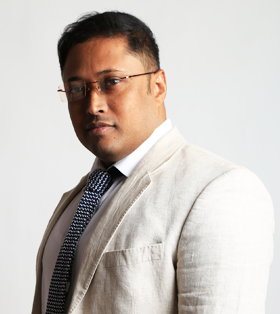 Smartphones have now become arguably one of the most convenient inventions that have happened in the 21st century. Now it is very easy to make phone calls, bank online, browse the internet, post in social media, etc and all from one device only. However, the bleak side is that smartphones can be the data goldmine for hacking.
Why smartphones are susceptible to hacking?
Since smartphones have become an inseparable part of our daily life, many important financial transactions or exchange of important data are also carried out with it. The attackers can easily compromise with mobile networks as mobile networks have various types of vulnerabilities. Apps can be one of the untrusted sources and SMS can be another way of gaining access to mobile devices, and for an android device in particular.
Why Android devices are vulnerable to hackers?
As per google data, around 40% of the users of Android worldwide are no longer receiving the vital security updates from Google. The older version of the mobile operating systems particularly those that are more than two years old, generally have problems with security updates. Security updates of the older android smartphones have been stopped from Google.
With the old android phones not getting the latest updates, Google may be putting the consumers at risk of data theft, malware attack, and a ransom demand. It is because Google encourages the users to update on newer versions of operating systems so that the devices can have the best cyber security against modern cyber threats. By stopping giving updates to newer operating systems for older phones, consumers will have to buy new android devices regularly.
Apart from the older versions not receiving regular updates from Google, the open-source nature of Android is another big reason for hacking and risk of security in modern world. It has led to the development of tweaked versions of the operating system by the different manufacturers. These versions are developed separately from the original base version of Google and it has led to the development of a fractured market.
There are some manufacturers globally as well as in India, that ensure to provide the latest features and security updates to their customers. Unfortunately, it is not done by various unreliable manufacturers that cause serious trouble to the consumers. Moreover, the affected devices are not necessarily the old models and it can be still to buy models available in the online marketplace.
The android mobile handsets that are available in many reputed online marketplaces can be easily hit by a wide range of malware and also with other threats. A hacker can take complete control of the android mobile devices and a lot of personal information can be stolen easily. With the open nature of the Android operating system, it is possible to 'side load' own apps by the users that are not scanned by Google for security vulnerabilities and it can provide another opportunity to the attackers.
It is a very serious concern for millions of users that the expensive android devices are coming with a short shelf life and lack security support. Google should come forward with clear information about the shelf life of the security protection of the devices and what users can do after these security updates run out.