The Resetting of the Startup Industry 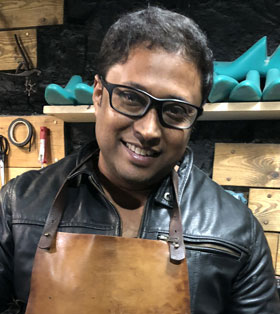 The Resetting of the Startup Industry

2020 was a year of polarisation for startups and will not be forgotten in a hurry by founders and investors alike.

While mobility, travel and hospitality startups struggled to stay afloat, it was a moment of reckoning for edtech, social content, and enterprise software innovators who emerged as the flavour of the season.

While the year of Covid gave rise to 11 unicorns, it simultaneously sounded the death knell for numerous upstarts. Even as entrepreneurs joined forces through M&As to tackle the pandemic, the absence of Chinese money in the ecosystem resulted in muted large dollar deals in an already difficult year.

However, with the digital revolution picking up in the second half of the year, 2021 is expected to see demand and funding action return to the worst-hit sectors with a vengeance, and also reset the stakes of overheated sectors such as edtech, stakeholders said. The days of deep discounts are behind us, and consolidation activity will continue as strong companies are likely to close massive bargains.

In 2020, as of November, about 140 investment proposals valued at over $1.75 billion — mostly from China and Hong Kong.. However, China's loss was the US and Jio's gain.

There has been renewed interest from the US, Japanese and Middle East investors in the Indian startup ecosystem, and this is likely to pick up in 2021. The recent fund-raise exercise by Jio has brought India on the radar of several marquee foreign investors and I think we all should recognise this is a big validation for the ecosystem.
The year also saw startups engage in heightened consolidation moves. Over 87 M&A deals worth more than $1.3 billion involved at least one startup in 2020, according to VI. In addition to marquee deals such as Byju's buying WhiteHat Jr, and Reliance acquiring majority stake in Netmeds, there were several smaller strategic acqui-hires and distress sales among startups.
The pandemic readjusted valuations to make an attractive proposition for acquisitions and help companies ramp up service offerings and increase market share.
Any entrepreneur betting on the digitization of India in any sector will have a huge opportunity ahead of them - and those are the themes that investors will find most attractive, he said. The bar on funding has gone up and investors are definitely expecting more from companies - this is something to be seen as a good sign.

Much has changed in the past four months of the technology startup world and how outsiders value the business. Of course it's too early to predict whether this is a trend or an aberration but the smartest people I know in the industry are predicting the former.

The startup industry may be "resetting," which doesn't mean a "crash" but rather just a resetting of valuations, timescales, winners/losers, capital sources and the relative emphasis of growth rates vs. burn rates. And when prices are dropping on a VCs existing companies in market, there is a substantial reduction in FOMO (fear of missing out) for new deals, which means that investors take their time in making investment decisions. Deflationary economics are well understood – in a market when prices are dropping one prefers to wait a few months to see if prices stabilizes before committing.

If you raised money in the past 2 years and have grown it is possible that your next round valuation might be flat (or lower) even though you have a higher revenue because investors may value your multiple differently Investors are rewarding cautious growth more than high-burn-rate growth at all except the most successful of companies (and even there it may eventually change).

The smartest companies in the market that are working aggressively to lower burn rates through pragmatic cost cutting knowing that the next fund-raising cycle may be unpleasant. This prudence is smart and welcomed Enough companies say "we simply can't cut costs or it will hurt the long-term potential of the business" to get a wry smile. The entrepreneurs have been spinning that line for decades in every boom cycle. It's simply not true. Pragmatic cost cuts are always possible and often productive.

If you can get a round done at the price you expect – well done. So if your fund raising isn't moving consider lowering price to shore up your balance sheet and reduce risk. Optimize for a W more than % dilution in these circumstances

If you need to clean up your own cap table first – while very hard to do – it will make outside funding easier.

If you haven't raised lots of money in the past be very thoughtful of the trade-offs between easy money (party rounds, crowd funding, leaderless deals) at higher prices vs. more committed capital that can be lower price and harder to raise but more committed in tough times. I am a VC so this will be seen as self-serving.
The days of easy money may be slowing down. And please consider reading Joseph's article on TechCrunch.
Great companies will continue to be built and many will tell you that building a great company in capital constrained markets in some senses builds a more sustainable company. The best deals will continue to get financed. This isn't a fire alarm. Just a message to less experienced entrepreneurs that the capital markets may have begun to change and if you're not aware of how this could affect you then you could be a casualty. The last few funding corrections saw many great companies disappear due to bad capital planning / high burn rates.