Your Competitor Gets Funded and You Are Not, What To Do? 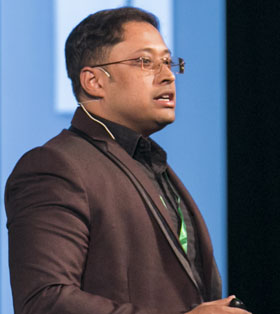 Your Competitor Gets Funded and You Are Not, What To Do?

And, when it comes to the startup world, the competition is fiercer than ever. Every now and then, we read news about an XYZ startup getting a funding of ABC amount from this and that investor. Such news pieces often leave an entrepreneur wondering about where exactly is the future of his own startup headed to.

According to some market analysts, competition is good. Even if your competition gets funded an XYZ amount, don't get bogged down by this. In fact, take this as a positive sign of validation of your market sector. It helps in educating the people about why that particular sector is a promising one and ripe for disruption.

There are many live examples in the market where startups and entrepreneurs have been self-destructive by paying an unhealthy attention on their competitors and their leads and totally ignoring one's own customer and market opportunity. Always remember, your startup's competitors are the incumbent. Further, a Healthy competition is bound to keep you on your toes and deliver the best to the customer.

Sometimes, after seeing their competitors rise, companies and company owners end up making the following rookie mistakes. Make sure you don't repeat any.

Don't try to copy each and every product release of your competitor
Launching artificially in markets to compete on perceived "land grabs"
Bad mouthing the competition in public
Focussing more on the competition rather than on the customer
So, in the end, the question is, what should one do or how should one react when one of its competitors nets a big amount? Well, while there are no set guidelines or rules on how to react, following are some advices that one might consider.
Focus on your own business, your own market and your own customers
Reassure your company's employees that it's healthy to have competitors.

Reach out to your own investors and reassure them that you still feel good about your market positioning and your product.
Start fixing your company's shortcomings, if there are any.
Don't treat it as an emergency and rush into things that you might later repent.
So, instead of taking your competitors success as a sign of your failure, take it as a positive sign for your market sector and remain optimistic that you might be next in line to receive that huge amount. When a venture capital firm or strategic investor invests in one of your competitors, it confirms that outsiders think you are on to something. While it's true that they didn't invest in you, it still shows they have some faith and interest in what you are doing. That's a better situation to be in than having, say, five competitors and nobody in the group can raise any money because not a single investor believes in the opportunity you are all chasing after.

It's Going to Be Easier for You to Raise Money Now
Once one company in a group of competitors receives funding, it often -- not always, mind you - we'll get to that later -- becomes much easier for everybody else in the group to raise money. As mentioned above, your sector has been validated by the first group of investors. This gets other investor groups interested in the sector. For example, if Kleiner Perkins just jumped into the sector, the other investors will take it as a sign that the sector is worth investing in. Many investors are lemmings and will follow the leaders. So, once a competitor gets funded, it's very common that other investor groups will start calling you. Assuming you want to raise money, that's a good thing.
You May Get Some Acquisition Interest
Acquirers often take interest in funding rounds too. When one company in a competitive group gets a big funding round, it's fairly common for one to two others in the group to get acquired six months later. Once the business model is validated by a large investment in one of your peers, there's a realization that there they may be some value in acquiring similar firms. An investment round naturally increases the sale price, so there may be a desire to acquire your company before you do your round and increase your price. If the price is right, that's a good thing - and it was all triggered by your competitor's closing a big funding round. Even if acquisition interest is a few years off, you'll be in better shape when suitors come around than your funded competitor; they'll have to hold out for a high price to please investors, while you, on the other hand, can price your company much more attractively.

The Pressure Is On...For Your Funded Competitor
Believe it or not, getting a big funding round isn't always a good thing. Your competitor who got funding now has a lot of external scrutiny on every move they make. You, on the other hand, are still carefree and nimble, able to make your own decisions. There's a good chance they'll spend the money foolishly, ramping up on unnecessary - and unnecessarily expensive - staff, as well as overspending a boatload of money on marketing. That's what (dumb) companies do when they close a funding round. VC-funded firms often follow a common game plan that doesn't guarantee success and can, in many cases, make failure more likely.

Your Competitor Will Do Your Marketing For You
I've been in exactly your position, and one of the best things about competitors getting funding is that they tend to spend a lot on evangelizing the market. At first, when you see their full-page color ads in the trade magazines and their big and impressive trade show booth, you might think: Oh no, they're using that VC money to outmarket us! But the reality is that there is a trickle-down effect to their marketing dollars that helps you out, especially if you are in a new marketplace where demand isn't strong yet. Let them spend money to educate the market, and then deliver a better product to customers they'd love to have.
A Funding Round Can Be a Signal of Weakness
If you're cash flow positive and your business is growing as you'd like it to, rest a little easier. Your competitor may have raised money because they had no other option. Indeed, some companies raise money because running the business profitably isn't something they've figured out. Rather, than improve fundamentals to get to positive cash flow, they run to the VCs, tell a big story, and get money in the bank. If they keep running in the red, that money will eventually be gone. It's water under the dam, as they say. Long story short, a competitor receiving VC funding doesn't necessarily mean they are doing well. Rather, it can be a sign of weakness.
The Bad News: Maybe It Is Time to Panic
OK, if you've read up to this point (and thanks for sticking with me this far, by the way!), you may be feeling much better about your competitor's having raised $50 million or whatever they raised.
Don't feel better. While there's some merit to what we've said above, this is mostly just spin - it's making lemonade when life deals you lemons.

If you are the CEO and your competitors just raised funding, use the arguments above in a pep talk to boost the morale of your demoralized employees. Most will buy it - and like we said there's some merit to the arguments made above.
But let's be realistic. There are more than a few good reasons to panic when a competitor raises a ton of money.