You can have two Big Things, but not three 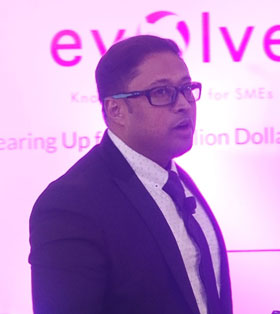 You can have two Big Things, but not three

Forget work/life integration for a minute. How much time do you have, regardless of partitioning?

From your 24-hour daily allotment, the 1950s-style break-down is 8 hours for work, 8 for home and commute, and 8 for sleep and ablutions. So, "work" and "home" are the two things in which you can spend 40+ hours per week.

This is the amount of time it takes to tackle something huge. A career. A parent. A startup.

There are weekends and vacations and sick days and such, but those don't add up to enough concentrated time to carry off something like a startup without causing work or home to suffer.

Of course "work" and "home" are just placeholders for "Big Things." If you're unattached, "home" doesn't occupy significant time.

The rule of life is: You can have two "Big Things" in your life, but not three.

You can do a startup on the side while you have a day job, but your family will never see you. You might even lose your family. It happens. This is partly why it's easier to start a company before you have a family or even a spouse.

You can have a job and a social life, but unless your spouse is fully integrated and agreeable to that social life, there will be strife. "Going out with the guys again?"

Yes, "kids" and "spouse" are on the list separately. Young kids strain marriages because there's not enough time to invest in the kids as well as be there for each other.

Some people try to "have it all." Men and women both. But it's never true. At most two can function well; the rest do not. More often, there's just one that receives the majority of the energy, and the rest suffers.
Note that "Sleep" isn't on the list of options, even though it's mathematically the same in terms of time commitment. That's because cutting out sleep doesn't work — then you can't function at a high level at anything.
No, you are not an exception. That's egotistical self-deception. Not on sleep, and not on the number of Big Things. Ask the people around you if they think you're not failing at one of your Big Things.


Time to decide which two.

The Rule of Three works in stories due to the presence of the concise, memorable patterns that I mentioned above.
But even if that wasn't the case, the number three has been used so widely throughout some of the most memorable works from our childhoods, it's likely that we are preconditioned to respond favorably to elements grouped in threes.
Sticky ideas
You see the Rule of Three used all the time across diverse areas of life.
Why?
Because information presented in groups of three sticks in our heads better than other clusters of items.
Humor
One of the best examples of the power of the Rule of Three is in the world of comedy.
Again, three is the smallest number of elements that can form a pattern, and comedians exploit the way our minds perceive expected patterns to throw you off track (and make you laugh) with the third element.

The Rule of Three fits the classic joke structure of set-up, anticipation, and punchline.
Every current event – big or small – has parents, grandparents, great grandparents, siblings, and cousins. Ignoring that family tree can muddy your understanding of events, giving a false impression of why things happened, how long they might last, and under what circumstances they might happen again. Viewing events in isolation, without an appreciation for their long roots, helps explain everything from why forecasting is hard to why politics is nasty.
Those roots can snake back infinitely. But the deeper you dig, the closer you get to the Big Things: the handful of events that are so powerful they influence a range of seemingly unrelated topics.

The ultimate of those great-grandmother events was World War II.

It's hard to overstate how much the world reset from 1939 to 1945, and how deeply the changes the war left behind went on to define virtually everything that's happened since.

Penicillin owes its existence to the war. So do radar, jets, nuclear energy, rockets, and helicopters. Subsidizing consumption with consumer credit and tax-deductible interest were deliberate policies meant to keep the economy afloat after war-time production ended. The highways you drove on this morning were built to evacuate cities and mobilize the military in case of a nuclear bomb attack during the Cold War, and the Cold War was a WW2 cousin.

Same for the internet.

The Civil Rights movement – perhaps the most important social and political event of our time – began in earnest with racial integration during the war.

The female laborforce grew by 6.5 million during the war because women were needed in factories. Most kept working after the war ended, beginning a trend that led to a doubling of the female laborforce participation rate by 1990. It's probably the single most important economic event of our lifetime.
Find something that's important to you in 2019 – social, political, economic, whatever – and with a little effort you can trace the roots of its importance back to World War II. There are so few exceptions to this rule it's astounding.
But it's not just astounding. It's an example of something easy to overlook: If you don't spend a little time understanding World War II's causes and outcomes, you're going to have a hard time understanding why the last 60 years have played out the way they have. You'll struggle to understand how the biggest technologies got off the ground, and how the most important innovations are born from panic-induced necessity more than cozy visions.
Or why household debt has risen the way it has.

Or why Europeans have different views on social safety nets than Americans. John Maynard Keynes predicted countries wrecked by war would go on to have a "craving for social and personal security," and indeed they did. Historian Tony Judt writes of post-war Europe:
Only the state could offer hope or salvation to the mass of the population. And in the aftermath of depression, occupation and civil war, the state—as an agent of welfare, security and fairness—was a vital source of community and social cohesion.

There are so many things happening today that aren't easy to grasp without a working knowledge of the 75-year-old wartime forces that got them going in the first place. To me, the war is fascinating to study not because of what happened, but what it went on to influence.
Which raises the question: What else is like World War II?

What are the other Big Things – the great-grandparents – of important topics today that we need to study if we want to understand what's happening in the world?

Nothing is as influential as World War II has been. But there are a few other Big Things worth paying attention to, because they're the root influencer of so many other topics. <

The three big ones that stick out are demographics, inequality, and access to information.
There are hundreds of forces shaping the world not mentioned here. But I'd argue that many, even most, are derivatives of those three.

Each of these Big Things will have a profound impact on the coming decades because they're both transformational and ubiquitous. They impact nearly everyone, albeit in different ways. With that comes the reality that we don't know exactly how their influence will unfold. No one in 1945 knew exactly how World War II would go on to shape the world, only that it would in extreme ways. But we can guess some of the likeliest changes.

The share of retired people – or those in retirement age – is surging.

There have been about 100 billion humans born during the 200,000 years we've existed.

For practically all of that time, making more people wasn't an issue. Keeping them alive is another story. But having lots of babies has been a fundamental part of humanity for tens of thousands of years. This is more than biological; there's a strong cultural element to reproducing.

The baby boom of the 1940s and 1950s was an aberration, and the economic boom that ensued led to a predictable trend: there is a long history of women having fewer children as they get richer.

And wealthier families move the goalpost of expectations for raising kids, lowering the number of desired kids. Education costs in particular create a paradox where the number of kids you think you can afford declines as you get wealthier, since providing the same education opportunities you likely had is a financial burden that can't be provided to multiple children. Then there's the time and expense of parents' own education, which typically takes place during peak childbearing years.

Think of it this way, and then remember that the percentage of the population with a college degree has skyrocketed in the last 50 years.

Lower births are a global phenomenon, particularly in the developed world. The world's major economies turn into a Florida retirement community and population growth in many cases is on track to turn negative.
It's hard to overstate how big a deal this is.
When people talk about what nation will own the next century they point to leadership in AI and Machine Learning, where China looks so competitive. But it's staggeringly hard to grow an economy when you lose a fifth of your working-age population in a single generation. China could invent something as big as the next internet, but when mixed with its demographics have an economy that muddles along. Europe, Japan, and South Korea are the same or worse.

People like to talk about new technologies and innovations, because that's fun. Demographics aren't fun. But they're going to be as important, if not more, to overall economic growth than most innovations over the coming decades.

That's the way it went for most of the 20th century, especially as immigration rates fell.