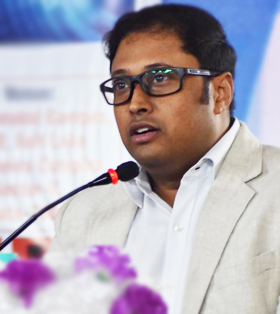 The Novel Corona virus has so far affected more than 60 countries in the world with more countries confirming their first cases every now and then. The rapidly spreading virus first appeared in the Chinese city of Wuhan in December 2019. Soon it took a massive picture by spreading into different nations far and wide from China and reportedly claiming 3,825 deaths (as per March 9, 2020).
Italy remains one of the massively affected countries with more than 5,883 positive cases and 233 deaths. The country is trying its level best to combat COVID-19, the SARS or Severe Acute Respiratory Symptoms and restrain further spread of the disease. However, a recent Facebook post from the country's Democratic party leader Nicola Zingaretti confirming that he is affected depicts that the disease is spreading beyond the northern region and is getting beyond the government's control. The Italian government on Saturday informed that they are taking "extraordinary measures" to fight coronavirus disease.
The government has proposed to lock down two Italian cities, namely Venice and Milan. Prime Minister Giuseppe Conte who claims "We are facing an emergency", have ordered travel restrictions throughout the region. Bans have been enforced on cultural events as well as funerals. Anyone who wants to travel for medical reasons or work would now have to seek government permission. Violating the orders can land one in jail or be liable to pay a fine.
As northern Lombardy is locked down alongwith 11 other provinces nearby, people are advised to maintain atleast a meter, i.e., about 3 feet distance from others in public places. People with symptoms like cough and cold, fever are asked to stay at home. The same has been advised for the ones tested positive. Till date, there is no such news as to when the bans and restrictions would be lifted. However, a source reveals that it may happen on or after April 3. We will have to wait to find out what happens next in Italy.