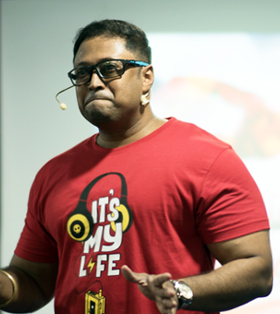 Year 2002-2004.
We were making a manga animation work as a outsourcing partner for a Delhi based company, and at the same time my animation and computer training institute becoming big. Number of student’s increased to 700 in total. In my Agarpara institution, I used to get student’s who used to travel 20 KM to learn from me, student’s from Jadavpur, Kalyani, Shibpur, Dhulagarh, Baruipur, Naihati, Mid Calcutta (It used to be Calcutta before we changed the name into Kolkata) used to come to me.. I never gave any news paper advertisement. Never put any banner on road, it was all referral. Students from various engineering college used to come to learn C, C++, JAVA, SQL, DBMS, Networking, Linux OS & Shell Scripting, Data Structure etc. The usual teaching day used to start for me from 7 AM to 11 AM then 4 PM till 11 PM at night.

When I was in school, I used to watch a lot of cartoons in TV, there was a question how they do it! I saw a documentary film in TV on how Disney does 2D animation, and I understood the concept of classical animation, the problem was how I can get the light-box. So if you don’t get it you build it. Hence I built a light-box looked like a primitive one, and took that to local carpenters to make them understand what I want. One of them really helped me to make it proper, I made 7 with him which became my tool to teach classical animation to the student’s. I am not sure on those days how many institute thought to making that instrument in Kolkata, I never had a concept called market study.

All alone with passion I was making one simple racing game, I had no idea how to sell it or where to sell it, I was a unguided person who thought if I can be a awesome programmer and can do amazing graphics and animation, I’ll become great businessman. I wanted to uplift the people of my birthplace (Agarpara), people used to ask me if that’s Agartala in Tripura! I never realized if I don’t do great, how can I give back to the society? It was a dream, as I used to be an artist, and someone told me artists don’t earn a lot of money, I thought to break that myth one day. I am not from business family, so the knowledge I got from my parents was awesome for a ordinary boy to learn and give back, be a good human being. I used to be an introvert, not so smart person who had limited friends. A person who used to trust everyone, a person who used to smile all the time.

While teaching, I was exploring new software too, one day I got a call from a office who wanted their employees to updated in Autocad. Well, I am not a CAD guy I used to decode OS, but at the same time, I thought, it’s a great opportunity for me to know new software and teach it. I accepted the offer without knowing anything on that software. I’m supposed to teach them within next 12 days and I need to learn the software first to the level that I can teach it. The best thing I did was very simple, College Street used to be my source of books, I went there to the same book shop where I used to get awesome books from a person who never let me down with actual books. He gave me a book and I asked him if he can help me with a place where I can practice that software or some teacher. He suggested me to go to cyber café for the same. Kolkata based cyber café on those days used to be amazing place.

So my timing for the next few days became like this: 7 AM – 11AM I was teaching, 11:30 AM I am in the café near Sodepur till 2:30 PM I used to understand CAD with internet and books. 4PM to 11 PM again teaching student’s, 11:30 PM after dinner till 2:30 AM I was making my own game and on Saturday’s 4 AM I used to travel to Sudanban area and return back on Sunday night. I loved it. After 4 days the café owner asked me why I am spending so much of time on learning software like Autocad, while talking we became friends, and slowly I was trying to explain him what I am doing. He knew my face as a teacher. He said “ohh, you are the MAD teacher Arijit Da, you teach animation and programming both. I know your name. “

Hence I got to know that I became “MAD” while teaching, lovely. The all mighty GOD helped me to learn that software and I started teaching it in that office. I felt that I need team members to run things and make it big. Hence I got one of my students, who became animation teacher in my institute. We spited responsibility and I increased the capacity of students. I started managing the timing and batches according to schedule. Slowly I started realizing the process to run a proper institute. In one time with full utilization of machines and seats we can take 96 students in three batches. Spitted the batch into theory and practical both. While talking to few student’s I felt, let’s do a cultural program with all students. I hired one local food shop to make food for students for the annual program and put couple banners. I was becoming busy in my own institute day by day and my MCA exams are coming nearby. I had to take off from Sundarban and give time to my local one and to make the game.

I was super happy that I am able to make that PC racing game, I took that with me and talked to the same café owner if he can put that in his computers and ask people to play. He can charge money on hourly basis. I was not at all asking to buy that from me. He agreed, till today I remember, he said “Will it be a MAD game like you?” . After a month he called me and said, Sir, people liked it, please make another one. He gave me a certain amount of money. I was super happy my game worked. After exams I took the same game to several café and started working on subscription based model. But there was NO system which can track how many players are playing or how much money they are giving to the café owners. It was a simple 2D racing game with few levels. I was looking for a strong language and engine which could make my task simple. While searching I found Python as language which can be really useful. Some person was writing about python in a website. I started learning it and installed a compiler for code utilization.

The Manga animation work was about to end, it was a 8 months contract for us, I made a team of 4 student's of mine who made things possible. The same student's wanted to continue the work, we made money to pay salaries and run the company.

So I decided to make another game with few more student’s along with me, they said they want to learn the process, there was no course designed by me for game programming or game designing. We used to use pen and paper to understand what to do next. My institute spitted into two parts (1000 square foot area), one section we used to teach, and in another section we used to make game and slowly I started getting enq on making graphics. The student’s who were taking training they started working on those orders. I started paying them for the same.

One day Shanku called me and said, Arijit, I am missing you, the teacher here is not that good who can take all the loads. He can’t manage Ramnagar and Namkhana both. I felt sorry; I started travelling again to that place, ( It was not possible for a human to teach in Agarpara for 5 days, code and run production at the same time, finish MCA syllabus and attend college, again code at night till 2:30 AM and then travel to Sundarban), I never realized that and in October I was seriously ill. While bed ridden, I was cross calculating what I can do.

May be I should find a partner for making animation and games in Kolkata.