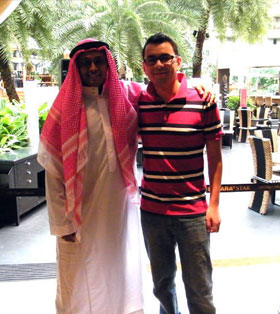 On those days we had uploaded several games in google play store along with that my IQ level directed me to open much more opportunities in local publisher connects worldwide.
We started buying different domains / URL/ websites related to game development and animation to create our own circle of ecosystem.
We started a team focused to digital marketing to grab out of India market, we were focusing more on making own game titles and started with our own story based game along with that several 3D racing games target specifically to App stores and local country specific publishers and distributors.

I started digging my old books and from folk tales we started Sukhu & Dukhu, Neelkamal n Lalkamal in 2D. Hired local musicians to make music for the game, concept artists to make characters and travelled several village areas in Bengal to give opt output so that it gets essence of bengal's old culture. On those days we became partner with large MNC like In**l and started making apps and games for their devices which is not there in the market YET. We were making future apps n games and updating "us" into much more latest tech.

Personally I used to learn how to speak in different languages NOT ONLY English, I am coming from a Bengali medium school, hence learning different language to understand culture was real interesting for me. While exploring Sanskrit as a language earlier I understood learning new language is super easy for me. After office I was returning back home, and got a direct call from Saudi, someone wanted to make a game with his own concept.

The connection was immediate and I found he is about my age, the gentleman wanted to come to India to explore our works and to explore our country.
We started talking to each other and he said he will come to Mumbai instead of Kolkata, hence I agreed to travel there and he hopped into Sahara hotel.
As I suggested him that hotel, I knew he will be happy to be there, you will not believe this but while talking with him over phone I started reading Quran.
He was teaching me over phone about their culture and dresses. Without his knowledge I brought him Indian traditional dress (made it specially for him by my personal tailor) Did I mention that I took a personal tailor for my suits and dresses? Well, yes he is a local Muslim tailor who till date treat me like a brother. Will share that story someday.

When we meet first time, wow we hug each other like brothers and started talking – about friendship, about cultures, about ethics, GOD – surprisingly he brought me ghutra n Iqbal . and I gifted him Dhoti n Kurta.
He asked me to dress-up in his dress, helped me to set-up ghutra – we were in nearby rooms, went down for food together, I treat him with north Indian dress and he ? Well he ordered Arabic food, Sahara hotel guys were a bit confused if I am Arabic I was copying how he talks and act.
After a heavy dinner we decided to go for greens and he said, he needs casual dress for tomorrow, late night we went for shopping and he took dress from Timberland and pushed me to buy few for me.
I gifted things for his family, do you think it's a business meeting happening? Well NO , I saw passionate person who wanted to relax and mix and be a brother rather than a business partner. I wanted to make the game and help his dream come true.

We travelled towards Khandala, explored shisha (he trained me literally how to smoke as I don't smoke at all) .
After spending a whole day, we came back to hotel and decided how we will make the amazing story based game. My brother went back after few days, we made the game in 3D on those days making character animation in 3D that too with complex animation was not at all easy from India. But as you know we love challenges and we took dedicated team for his concept. So that the project runs smooth and without any other work interruption.

We learned how to make awesome team and run product company.
Eventually we became partner with LOT many org, and in my next few writing I'll talk more about NDA it's advantage and disadvantage.
I am sure a lot of us treat clients as our friends, but him? Well, he is my brother till date. GOD gifted me a brother from another mother from Arabia.
So am I Hindu or am I Muslim ? many asked me in due course of time, I don't know just like PK, I don't have stamp in my back, I am more human, more SON of almighty more son of mother nature. I love you and your culture just like I respect my own culture and mother language Bangali (don't read Bengali) .