Life Story : No fear & with the person who gifted me "power of Thepla". 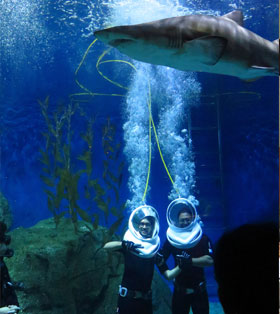 Life Story : No fear & with the person who gifted me "power of Thepla".

Year 2017, after exploring Indian startup ecosystem and meeting with multiple of them, four of us became "close" to each other at least from my perspective.
One of the four tiger – stays in Rajkot, decided to travel with me in Thailand in another startup event – eventually in that largest event "entrepreneursface " became partner to promote it.
Our team did our best to make things happen and promoted the same in our network, my connections in deepest private investors and seed-level one's said they want to come and join too.
Somehow, both me and Jatin started the journey together and he is the super active guy to book one room (the tallest in Thailand BKK) to stay together.
Fun part? I am PURE NON-VEG and he is PURE-VEG when it comes to food.

While in a food-exploration part together we found each other opposite in 2016 too. BUT we loved each other hence it was decided to eat in our own "mood".

He accepted my "eat like a demon" marathon, while I was eating in the same hotel in unlimited buffet – the waiters came and watched him carefully as in the table I took multiple rounds of sea-food, rounds of fruits and lot many things one can ever think of.

While entering in the event, we both saw our logo as partner and became super happy – we decided to move around, meet more people in network.
Three of my investor friends meet me while we were exploring facts of the event, started meeting multiple other players in ecosystem.
I was working-out that time, hence food for me was important, hence I had to skip few things and had to eat few protein oriented food.
While walking back, one Russian guy wanted to meet me.

Him: "the way you are walking looks like you are someone"
Me: " I am some person with good network and work"
We started talking, somehow we became intimate to each other, he introduced me to his wife (she can't speak in English" hence I had to show my Russian language skills.
She: "How do you know Russian "
Me: " I know Sanskrit, Russian is easy to understand if you speak slow to me. But I am not that good as of now YET".
We decided to talk in a calm and quite place and me him and his wife went downstairs for a cup of coffee and rounds of Beer. While talking "we truly created a bond".

He said, have you travelled Thailand ? I said no this is a business trip, he said if you travel to Phuket I've a friend there who is a fighter, he does MMA. If you travel to Phuket you can meet him he is someone interesting.
Introduction happened in WA chat, I decided to fly there without any reason just to meet an unknown person in Phuket.
Next day Jatin and me wanted to explore BKK and wanted to see few places, while walking in a shopping mall, we found a place to go under water with real sharks.

NOW!
Jatin " I can't swim"
Me: "I'll help you let's go".
Jatin (after few minutes of thinking) – "let's go"
It was a guided underwater walk, nothing that serious and there were sharks moving around us . We LOVED IT.

It's not easy for a person who can't swim, decided to go underwater among sharks, I found the real "Brave Heart" in a brother like him.
After that incident while returning, jatin explained his experience of life – we talked a LOT which can't be explained.
Me being me, exploring new things outside that night, Jatin being Jatin staying back in hotel working.

And I LOVED IT, he said, keep the full packet.
I told him that I will be going to some other places, another reason was I was watching full Ramayana in Thailand and found this place was probably "Kinnor's " place in our Mythology (Will share more how much travel I did searching for such facts soon)

He said, he wants to stay back as this is business trip for him.
Fair enough, I went to Phuket and while I landed I became hungry again, opened my backpack and started eating the aaaaaaamazing stuff Thepla, all of a sudden someone came and started talking in Gujrati.

I said I am not gujrati,, I am Bengali, he said then how come you are eating thepla.
I explained him "how" and he started laughing, we shared thepla and he offered me some snacks.
WOW, Thepla has "Super Power" of attracting people then.
It's all about the bond man-to-man human-to-human.
When I was near my hotel, I saw "HIM" waiting for me in reception.
We hugged each other, started talking we never met never knew each other. It was just a fact that I hear about him and came to meet him in person.
Got to know about his great background and why he left everything "which money counts" and staying in a small island like this.
One word : I LOVED him as person. Huge body no ego, NO show-off. Access to money for him is NOTHING.
He offered me to come to his fighting school and stay with him for few days.
I accepted the offer and went with him. Learned a LOT from him regarding MMA and BJJ, nutrition and bodybuilding, I was introduced to LOT many of champions in that fighting school including male and female.
We stayed under open sky that night, me being me started talking about GOD and religions.
I never smoke, but that night several of "us" shared a LOT of things, "they" were listening to me.
Language "never became" an obstacle.

Next few days I hired a bike (easy to get) and stared moving from place to place. To declare – I never ride bike before that, I used to do cycling, but when Jatin can go under water without the "power of swimming" I can ride bike with skills of cycling.
It was perfect.

Hired a small boat and went middle of the sea, jumped off from that boat (private boat I was all alone) I know I paid huge amount for the same, but I didn't want to have regret in life.
Swimmed with fishes without any thoughts without any reason.
It was clear that I am gonna do something in this island, collaborate or work, I don't care I am gonna comeback here again n again as long as I am coming in Thailand. "he" became my best friend ever in that island, we talk with each other like brothers, we share moments, we do few things together.
I wanted to bring him as a speaker in one of the event's in Kolkata, in that club of entrepreneurs', alas I was unable to make myself clear how a person can leave "rich" life and become "wise" in an island without costly dress.
Life is all about experiences and taking chance, I don't understand "calculated risk".. I am MAD I am crazy, I am your person who you can see and laugh.
But somehow life wrote different destiny for me, eventually I became more rough more closed to so called people who have "closed window of mind and body".
This is 30th Dec 2021, I know new wave will come, NO ONE can save you unless you are healthy from inside.
It needs mental and physical health, NOT some "dose". That's temporary.
Build your body, build your mind, be healthy, I knew about this in 2018 – in one Asian country while travelling, moved to online that year hence our business never effected with lockdown, we don't have centralised location, we moved to decentralisation.
Life is not about talking and pushing someone in a corner it's all about open-heart and listen to a "kid" too.

They are NOT certified that's why they are PURE with thoughts.