WHAT DO WE LEARN FROM SNAKE? 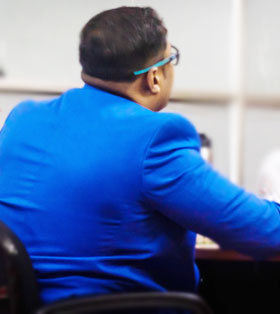 What do we learn from snake

Snakes are able to adapt to different terrains and the harshest of environments.When they make a move, it is usually fast, direct and on target. But you can’t predict the way they will move, as they don’t go straight, so in real life if you move you need to be focused, but no one should predict how you are moving towards your goal. Having said that, we will do well to remember that in an unpredictable world, we must find ways to ring fence ourselves against real and potential enemies.
Snakes do have poison in their brain, it never kills the snake but the snake uses it’s poison to hit others, similarly, as a human the poison is within our brain, it teaches us the poison within our own mind shouldn’t affect us, rather we need to learn how to use that to affect others.
Snakes are able to adapt to different terrains and the harshest of environments.So as a human being we need to understand how to be adaptive.
They will shed their overstretched skins so that they can grow a new one.Life is a series of new beginnings. We must be prepared and forget negative experiences that serve no purpose in our lives to start a new chapter, a new beginning so that we can focus on crafting a meaningful, exciting and fulfilling future.
They are silent predators, so whatever you do in your life, do it quietly, be steady, have a backbone, but don’t shout and show what you are doing publicly unless it’s needed.While doing your bit in the mortal world, don’t sleep like dead, do business do work but keep your eyes open, learn to do hibernate.Just because you can attack, doesn’t mean that you should, snakes do attack out of fear, so in life a person attacks directly if he/she fear someone. instead of using aggression as a last resort, we often go straight for the jugular. The other party may be wrong, insensitive, rude, offensive, derogatory, mean-spirited and completely deserve to be given both barrels verbally. But you’re not in control of their actions, only yours.
Snakes have poor eyesight. They trust on their senses. They use their tongue to detect what’s going on around them. So in reality, don’t always rely on your eyes, rely on your gut feelings. With our goals, we need to constantly check to make sure that we are on track. Before you make a decision ask yourself, is this going to take you closer or further away from your aims!
There are other qualities of snakes as well, I might describe them in my other post as well, but for the readers, think of the GOD who poses 64 Kala in the universe, and holds snake in his neck and is asking us to learn from snakes.