Who is responsible when a self-driving car kills someone? 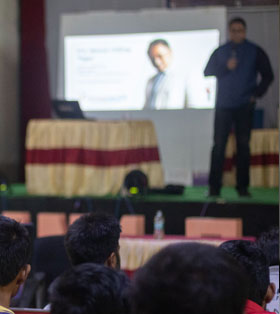 Who is responsible when a self-driving car kills someone?

Self-driving cars are on the rise in Washington. The state roads form the testing grounds for them.But who is to blame if the car crashes? Will it be the driver or the carmaker? Well, there is no clear answer for this. A self-driving car is supposed to be safer than a human-operated car. In fact, 90% of car accidents are caused due to rash driving of the drivers. So just take the driver out of it, thus reducing 90% of the accidents. After all, in a driverless car, the chances of accidents are definitely less. So a self-driving car has the capacity to dramatically decrease the crashes. But if a self-driving car shares the road with the manually driven cars, then there is little chance that the crashes will disappear entirely.
No matter who was actually the culprit in those instances, the self-driving cars must interact with the drivers, bicyclists, and pedestrians.Certainly, a question arises: Who is actually responsible if the self-driving car causes a crash? In case an accident occurs and its found that the error was on the part of the self-driving auto, then who is to blame? From whom will you seek compensation? Will it be from the vehicle owner or the manufacturer? If two self-driving cars collide, then who is responsible to bear the cost of property damage? There is no answer to these questions. But it is assumed by the scholars and experts that: widespread use of self-driving cars means a lesser amount of collision. There will be some shifting of liability from drivers and manufacturers.
It is the sole responsibility of the state to establish the liability and insurance rules. The federal government's guidance on the self-driving cars, which released last year puts blame on the state government. States must consider the allocation of liability among owners, operators, passengers, manufacturers and also others at the time the crash occurs.
In Washington state, there is no real answer till now. There is actually no real answer even anywhere else. As per Inslee's executive order, the companies testing self-driving cars must carry a car insurance which any driver must do under state law.
The issue is still to be monitored, but at present, there are no regulations specific to self-driving cars. It's an entirely new way of thinking about the auto industry. The insurance industry should innovate and bring an entirely new product which is to be reviewed. And yes the insurance industry is definitely working on those.
Michigan is the first state to pass the legislation which addresses the self-driving cars and insurance. As per the law, if an autonomous vehicle's operating system is the culprit for collision, then the manufacturer is solely responsible.
At present, which marks the incipient of the possible wave of self-driving cars, the insurance industry focuses more on its accessibility of information.This determines who or what is the actual fault in the collision. At present, if two cars collide, it is either the responsibility of the driver to solve the issue, or the police or insurers interact with the drivers thus examining the evidence and determining who is actually at fault. In that case, it is a must to talk to a self-driving vehicle and access the data and information used by the vehicles to make decisions.
Car makers always make sure their proprietary self-driving systems that are top secret, won't be disclosed. The drivers also have a good concern for privacy. There exist a broad base of product liability used in famous automotive cases. According to the experts, the challenge will be to take the existing law thus determining if a self-operating system is at fault. That could be done on a case by case basis. Is the self-driving car speeding? Did it run a red light? Or will it require changes to the law?
At the end there might be only one solution, even if the cars get better at driving themselves, the buck still needs to stop with a human being. If the cars themselves are ready to wander the roads with no humans controlling them, then it is quite likely that we as a society is not yet ready to give up the wheel. Perhaps this is the best. But one thing which a robot is unable to do is to make amend and this is what we need in most cases.