Story of time travel and explanation of time in Sindhu culture 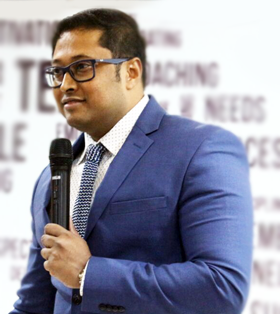 Story of time travel and explanation of time in Sindhu culture

If you feel, time travel is a future tech, think again. I don’t know if this happened in past or it will come in near future, but ancient civilizations entertained the idea of time travel and multiple universes. Time in each of these parallel realities passed at a different pace.
I’m trying to describe one of the relevant writing about king Kakudmi and his daughter Revati, from ancient Sindhu writing. According to the myth, Kakudmi ruled Kusasthali, a prosperous and advanced underwater kingdom (not the concept of Atlantis). The king was looking for a suitable husband for his daughter, which he couldn’t find in the mortal world and hence took his daughter to Brahmaloka the plane of existence of god Brahma to ask for advice from the god.
When they arrived, Brahma was listening to a musical performance by the Gandharvas, so they waited until the performance was finished. Then, King Kakudmi made his request and presented his shortlist of candidates. Brahma, the inner powerful lord of creation explained that time runs differently on different planes of existence, and that during the short time they had waited in Brahma-loka to see him, 27 chaturyugas (a cycle of four yugas, totalling 108 yugas, had passed on earth.

While Vishnu is asleep, a lotus sprouts of his navel (navel is symbolized as the root of creation) along with Brahma. Brahma creates the universe which we all live in (we means this world's existing objects), on another thought, Brahma himself may be the universe as well, which is why the vedic texts say Brahmanda meaning Universe. Referring to the universe created out of big-bang, it is described as lotus blooms out of the navel,but this universe is not a permanent universe, it is temporary, Brahma lives for 100 bramha years and then dissolves and a new universe is born.


Time calculation and divisions (as described in Manu Smriti and Vedas) in Ancient India :

This Paksha (brigher lunar cycle) is day for Pitrus (departed ancestors) and darker lunar cycle is their night.
Here, Muhūrt (मुहूर्त) is a vedic unit of measurement for time. A 24 hour day+night consists of 30 muhurtas. Each Muhurta is about 48 minutes of duration.Each Muhurta is further divided into 30 Kalā ≈ 48 minutes. Brahmanas and Rig Veda define Muhurta as “muhu” (moment/immediate) + “ṛta” (order). So, it is the moment which occurs in an order every day.
(1) Swati, (2) Visakha, (3) Anuradha, (4) Jyestha, (5) Magha, (6) Poorva Phalguni, (7) Uttara Phalguni are 7 muhurtas ruled by 7 Nakshatras before Abhijit and these are called first Prahara. 20 Nakshtras after Abhijit constitutes 20 muhurtas. This way 28 Nakshtras constitute 28 Muhurtas Rest 2 Muhurtas are devoted to creator itself and these two Muhurtas are called as Brahma Muhurtas.
Śatapatha Brāhmaṇa describes a muhūrta as 1/15th portion of a day ( here day means the time from sunrise to sunset). Assuming Sunrise at 6AM

A Year of Brahma :


A day of Brahma: A kalpa

Back to the story

Both of them were distraught but Brahma comforted and recommended Balrama as the best bridegroom for Revati, the brother of Krishna when they would travel back to Earth (in the future). What seemed as a few minutes in Brahmaloka for Kakudmi and Revati was actually around 100,00 years in their plane of existence. When back in Earth everything was different, not only had the landscape and environment changed, The Bhagavata Purana describes that they found the race of men had become “dwindled in stature, reduced in vigour, and enfeebled in intellect.”
This seems something, mankind if evolving, that should be advanced in technology, spiritually and physically, but here it seems the real knowledge is trying to tell the mankind that if we are not connecting with the nature, we will lose humanity.
Daughter and father found Balarama and proposed the marriage, Balarama accepted the same but since Revati came from different time behind him, she was way taller than Balarama. It is said that Balaram used his plough to reduce her height according to present conditions.
King Kakudmi then returned back to Devloka.
If you look at this as a story, it seems like a story, but look at the level of details which has been described here, exact details of time travel in a simple storyline. A warning that human race is actually becoming dependent on machines, they are not thinking they are stopping their neurons’ rather engaging into so called easy solution and hence loosing the intellectual and spiritual parts.