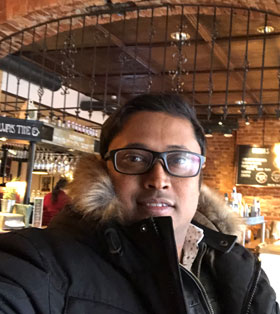 The outbreak of the Novel Coronavirus disease in more than 60 countries around the world has proved to be of a massive hindrance. Not just life but business too has not been spared from its brutal clutches. The Wuhan province of China was the first to report of the deadly virus which brutally took away more than 3034 lives globally, leaving around 90000 people affected. At the moment China might be witnessing stable conditions but situations are getting worse, especially in Iran, Japan and South Korea.
Every day reports are coming from different countries who are confirming their first cases and the numbers are scaling up faster than one can imagine. Thus, to prevent the spread of COVID-19 government authorities of respective nations are ordering shut down of schools and business institutions for weeks, mass quarantines and restricting travels. Several countries have already announced the lockdown of their severely affected towns and cities. Reacting to the situation the Director-General Tedros Adhanom Ghebreyesus (WHO) claims, it might be just the "tip of the iceberg ".
In the global scenario, it is not good news. Economists and investors who were sighing great relief on the plunging war situation between the US and China seem to be worried again. IHS believes that "Coronavirus will have a larger negative effect on the global economy than the SARS outbreak in 2003…" This is because at that time China was sixth in terms of economy. Now, China being the second-largest economy can ruin the business markets.
As the country as the first to have been severely affected, it has been forced to lock down its business for an indefinite time period. It can cost up to 16% of the global GDP. Additionally, countries depending on the nation for component supplies and finished products, etc. would be hit hard on their face. Airlines are expected to be running at revenue loss as flights remain canceled to certain countries (number of countries/locations rising each day). Even exports would fall. People staying in the safe proximity of their homes would thwart demands. Disrupted trade would make the industries slow down gradually. It would lead to scarcity of products and the drying up of inventories for an uncertain period of time. Consequently, the production costs, as well as end-product costs, would be touching skies. The effects are more severe in the field of household consumption. The impact on the industrial sector may remain mitigated as most factories are idle due to seasonal reasons during the time. Already many companies are tensed about meeting their March 31 market targeting. If the situations prolong beyond the middle of March 2020 it would definitely change the business scenario.
As of now we see the disease outbreak gathering pace and taking up a pandemic scenario. If things continue to be the same for the year round it would take a toll on the world economy with mass unemployment, massive business failure and decline in consumer demands. It is hard to estimate cost right at the moment but surely it would call for another global recession in the coming years.